A Merry GUINNESS® With Masterchef Adam’s Bold Flavours This Christmas!

Be one of the Lucky 25 Guinness Fans to meet Masterchef Adam Liaw!!

GUINNESS® has long been associated with great food and good times especially during the festive season. This year is no different as participating outlets across Malaysia will be featuring a selection of GUINNESS®-infused dishes, inspired by celebrity chef Adam Liaw in true Merry GUINNESS® style.
MasterChef Adam Liaw, the winner of MasterChef Australia Season 2 will be specially flown in to Malaysia to conduct the exclusive Merry GUINNESS® launch for more than 200 invited guests including 85 chefs from a select list of GUINNESS outlets. These unique dishes were infused with the bold, distinctive & signature bittersweet taste of GUINNESS®, which has proven to be the perfect ingredient to intensify flavours, enhance texture and basically make good food taste great. 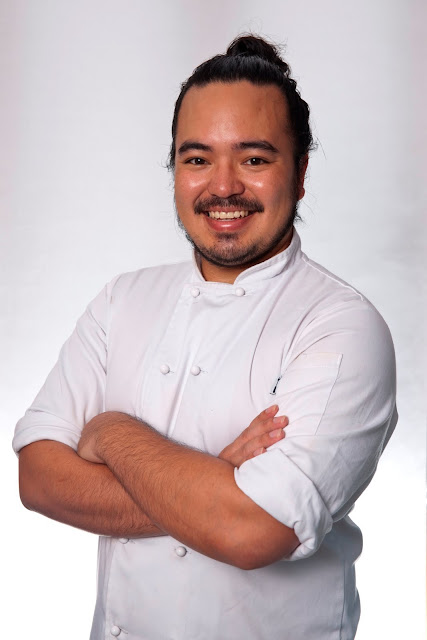 Adam may have been a young prodigy having completed Year 11 at just14-years-old, enrolled in university at age 16 and become a lawyer by 21, but Adam Liaw Winner of the 2nd series of the Ch10 hit series MasterChef, will tell you taking out the title was one of his proudest moments.
On the 25th July 2010 watched by over 4.2 million people, Adam completed a grueling round of finale tests to finish a close 4 points ahead of his opponent and mate Callum Hahn. Relief and shock flooded his face as he came to realize that success was so much sweeter when it came from achieving something you are truly passionate about.
As the winner of MasterChef Series 2 he has worked in the kitchens of some of his biggest idols like Tetsuya, Gilbert Lau and Peter Gilmore.  Plans for his Izakaya are underway with an opening planned for late 2011 and the most coveted part of the prize package, Adam’s first cookbook ‘Two Asian Kitchens’, was released by Random House in April 2011. Check out more here.
Yap Swee Leng, Marketing Director of Guinness Anchor Berhad said, “If you were to ask any Malaysian what Christmas is best known for, they’ll definitely tell you, it’s the food! We at GUINNESS® see Christmas as a time for goodness and communion. So what better way to make your Christmas this year merry and bright with our sumptuous range of GUINNESS®-infused dishes specially crafted for you by world renowned MasterChef Adam.”
25 lucky Guinness fans also stand a chance to be part of this exclusive event and be among the first to be treated to his specially crafted Merry GUINNESS® Christmas menu. GUINNESS® Malaysia is running a contest to give lucky GUINNESS® fans the chance to win these exclusive invites. The contest requires fans to post pictures of themselves enjoying GUINNESS® together with food in the most creative way to stand a chance to win.
So whether gathering with friends or family this Christmas, there’s certainly no better place to celebrate good times with great food than at a participating Merry GUINNESS® outlet. For more information on Merry GUINNESS® this festive season, please log on to http://www.facebook.com/guinnessmalaysia .
See you there!! J
Email ThisBlogThis!Share to TwitterShare to FacebookShare to Pinterest
Labels: Masterchef, Promotion