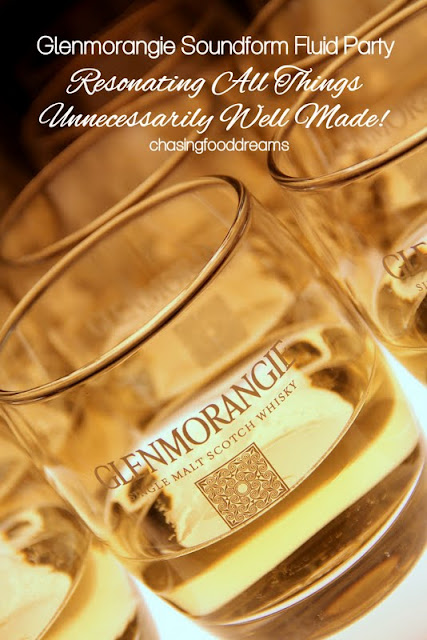 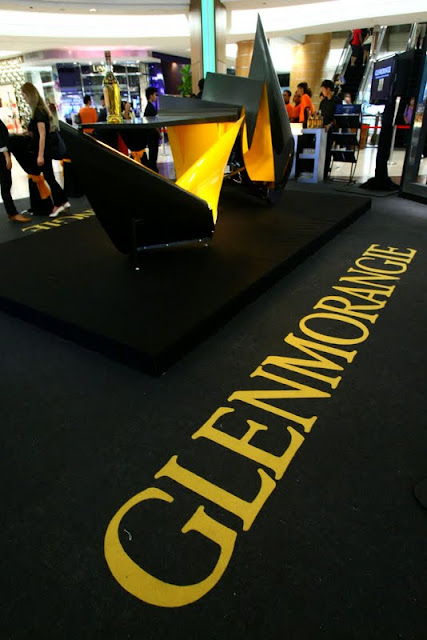 The pursuit of perfection can be a trifle inconvenient when one goes to unnecessary lengths for the sake of true distinction. Resonating perfection as such is the SOUNDFORM Fluid – a stunning, sculptural bar that brings to life the ‘Unnecessarily Well Made’ philosophy advocated by Glenmorangie. Officially unveiled at The Gardens in Mid Valley, the SOUNDFORM Fluid bar was designed by renowned architect and interior designer Philip Michael Wolfson for Glenmorangie, and it was inspired by the sonograph reading of the sound of Glenmorangie whisky being poured into a crystal glass. 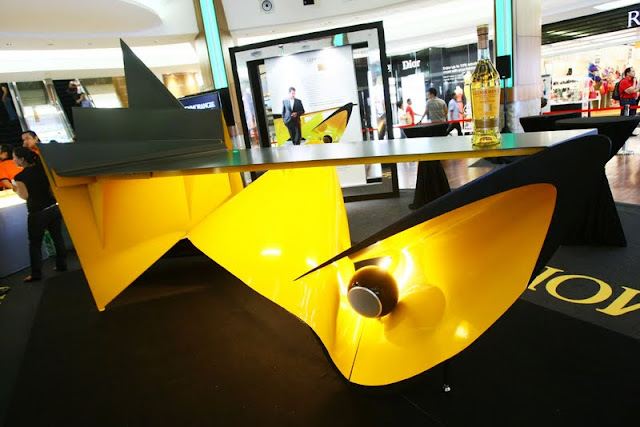 I loved the sleek and ultra curves of the Soundform Fluid Bar!

Statuesquely taking the centre stage at the North Atrium of The Gardens Mall, the SOUNDFORM Fluid is an evocative sight. Its bold jagged edges are covered in a black aluminium finish on the exterior, while the golden orange interior, which mimics the colour of Glenmorangie, is lit up to create an aesthetic, visual counter balance. Complementing the stunning display was commentary by Glenmorangie Malaysia’s Brand Manager, Michael Tan, who explained the concept that sparked the creation of the ‘Unnecessarily Well Made’ SOUNDFORM Fluid bar.

“The SOUNDFORM Fluid is an awe-inspiring representation of the brand’s philosophy on ‘Unnecessarily Well Made’. It is a creative showcase and extension of the philosophy behind Glenmorangie’s deliciously complex single malt whisky brought into being.” 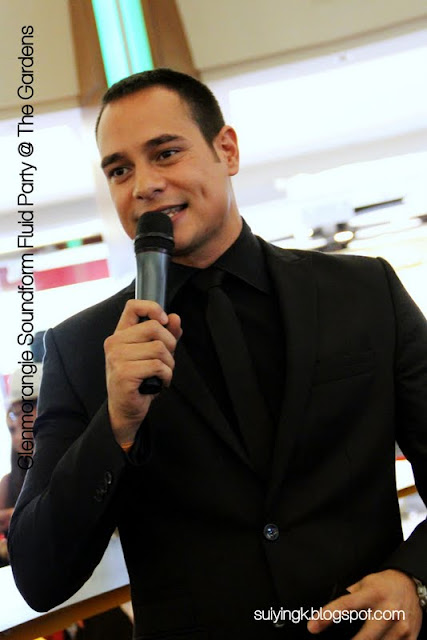 Joey G hosted of the launch of the Soundform Fluid Bar! 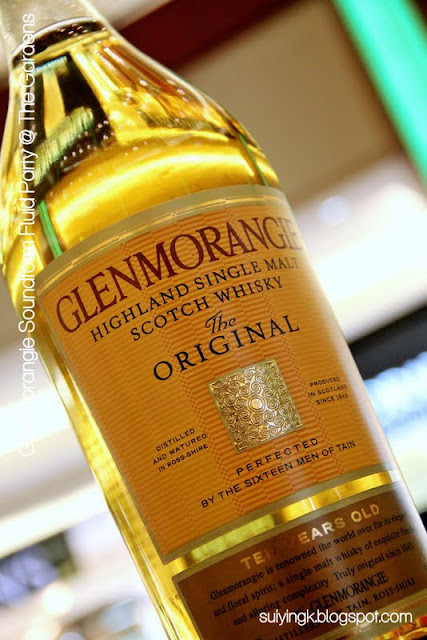 Glenmorangie single malt whisky obtains its multi-layered aromas and kaleidoscopic flavours through maturation in fine oak casks, obtained from the Ozark Mountains. While there are many perfectly good single malt whiskies matured in casks that are re-used up to eight times, Glenmorangie goes the extra mile for that added elegance in its whisky by only ever using their casks twice. At its Tain distillery in the Scottish Highlands, Glenmorangie employs the tallest whisky stills in Scotland, ensuring only the purest vapours are used in the spirit. Read more about the Single Malt Whisky here. 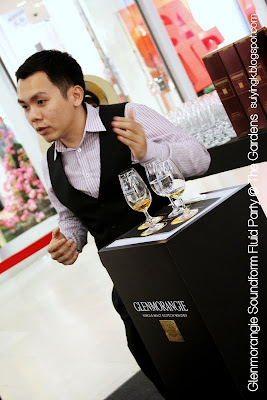 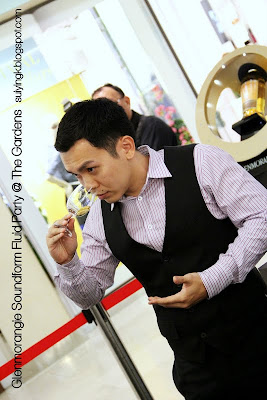 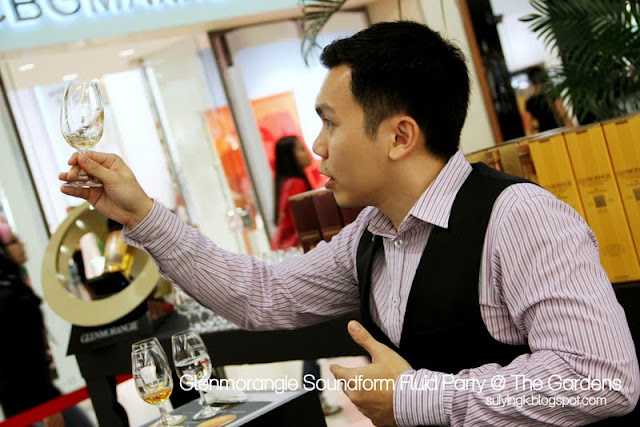 Guests were educated on sight, taste and aroma on the various Glenmorangie range available that night. “It is the superiority of the ingredients: local spring water from its own Tarlogie spring and locally grown Scottish barley, combined with the skill of the craftsmen who follow the same time honoured approach that the company has used throughout its long history, results in Glenmorangie’s smooth spirit of distinction,” explained Glenmorangie Ambassador Ben Ng, who conducted an informal whisky tasting session for those who were curious to unravel the complexity of the Glenmorangie range throughout the SOUNDFORM Fluid Showcase at The Gardens. 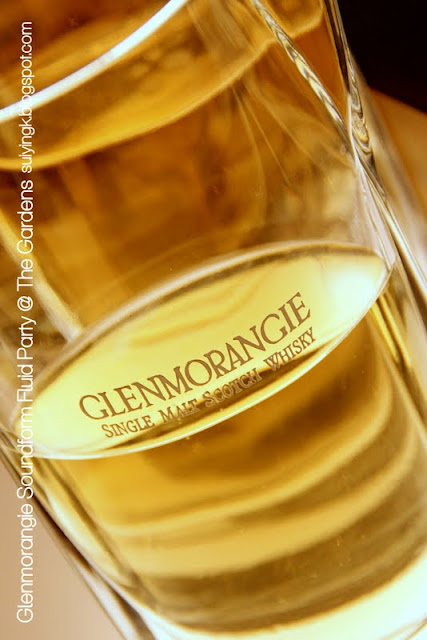 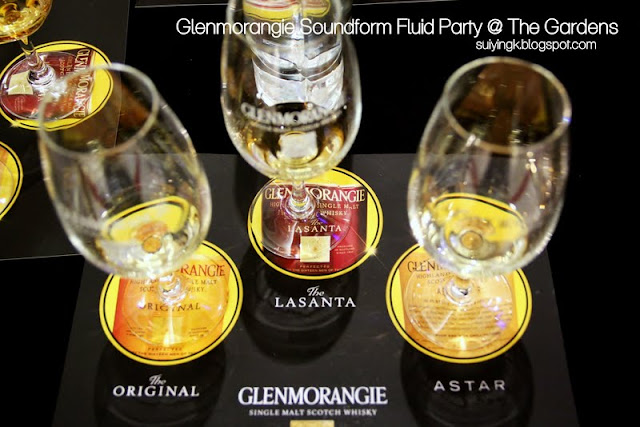 Check out three of the Single Malt Whisky produced by Glenmorangie – The Original, The Lasanta and Astar. The Astar is a limited edition as it is no longer in production so if you can get your hands on one, do so!

Faces at the launching of the Glenmorangie Soundform Fluid Bar 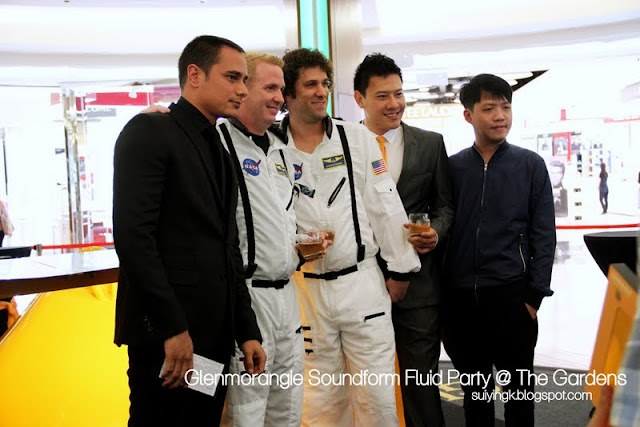 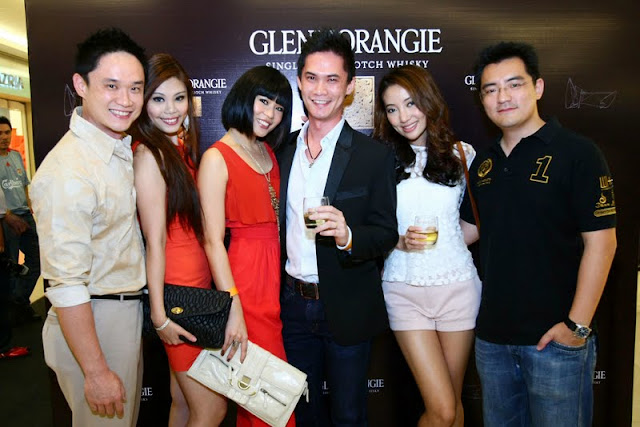 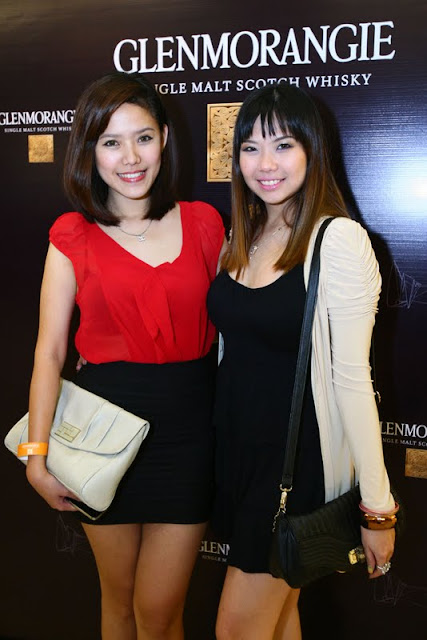 Our dear and pretty ladies… Esther Ng and Jynn Looi 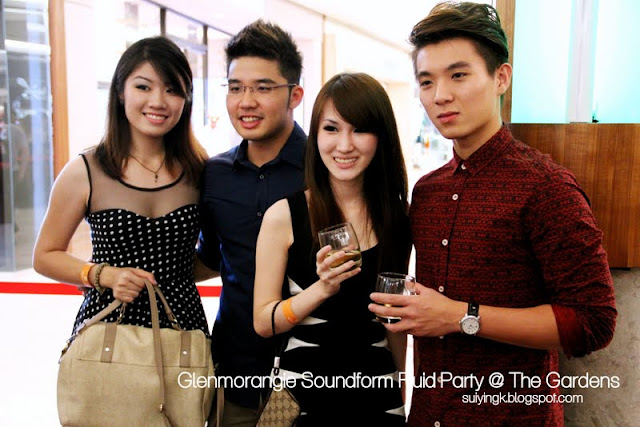 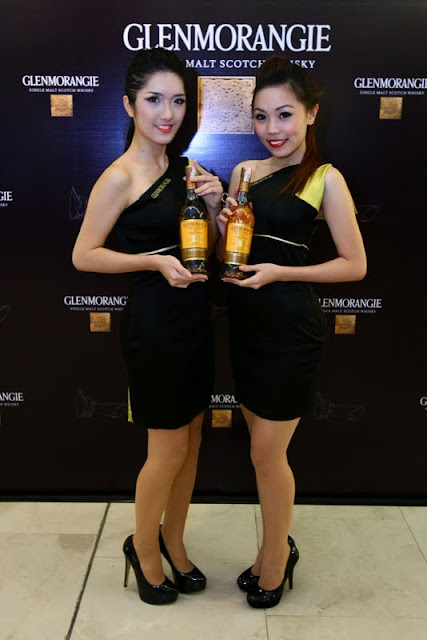 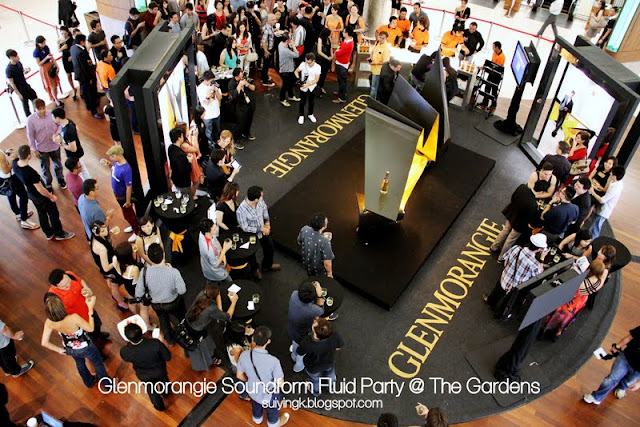 The SOUNDFORM Fluid bar remains on display at the North Atrium in The Gardens, Mid Valley till 1 May 2012. Whether you are a fan of contemporary design or just plain curious, head over to catch the SOUNDFORM Fluid, before it leaves for its next destination in South East Asia. 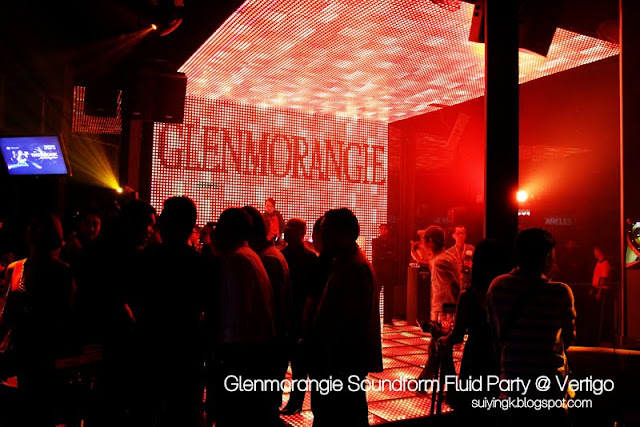 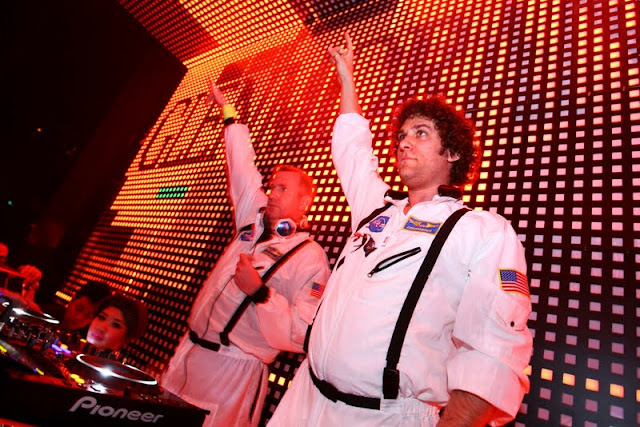 After the launch at The Gardens, the crowd adjourned to Vertigo for the after-party featuring US DJ duo Manufactured Superstars, who supplied a steady flow of house, dance and electro pop into the night. 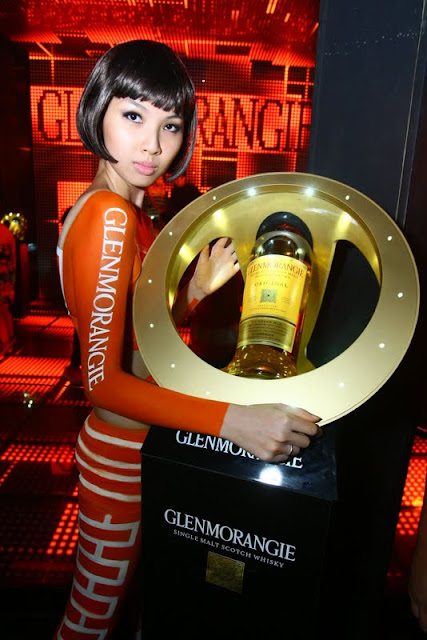 Pretty retro model Zana Chin and The Unnecessarily Well Made!

The showcase saw celebrities and single malt aficionados enjoy a night of appreciation as they savoured the ‘Unnecessarily Well Made’. 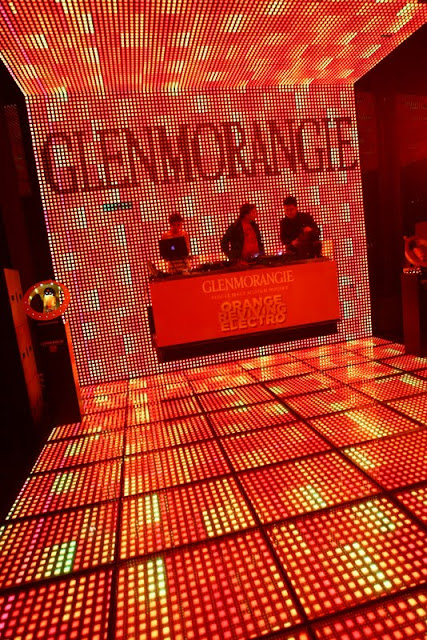 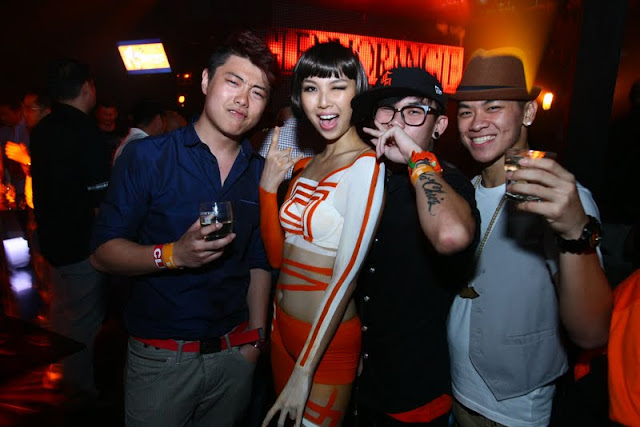 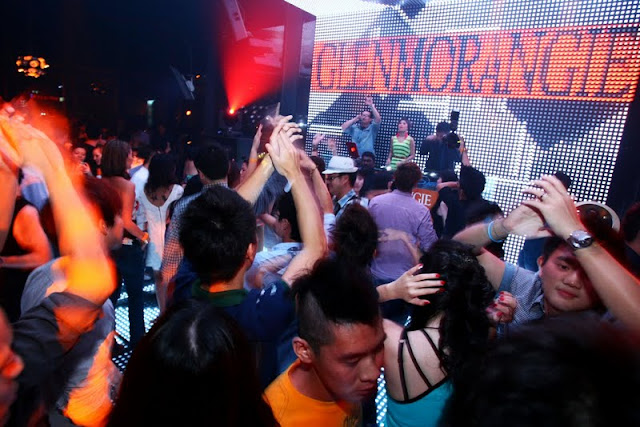 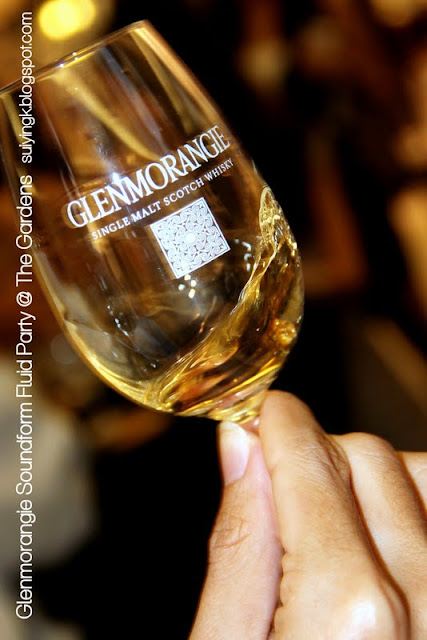 Reminiscing that fabulous night, it was an electrifying party by The Unnecessarily Well Made Single Malt Whisky. Thank you Glenmorangie!

For more details on Glenmorangie, check out their facebook page at www.fb.com/GlenmorangieMalaysia.

*Pictures are courtesy of Glenmorangie and Sui Ying.