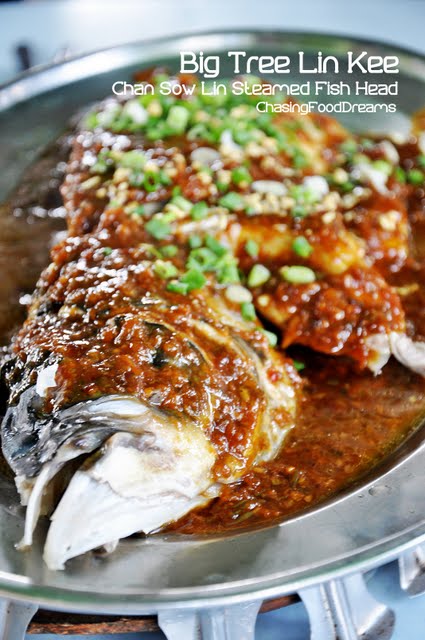 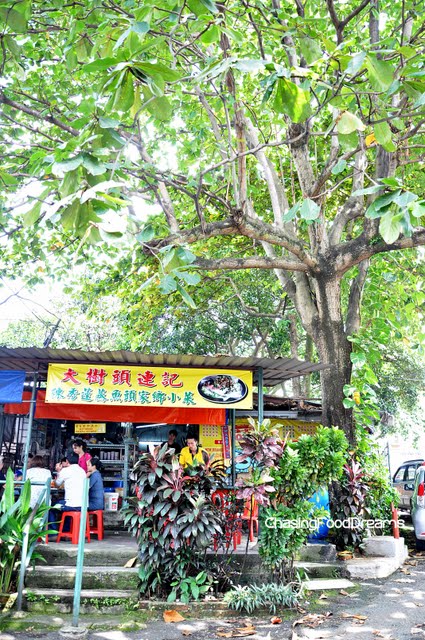 Happy 2012 Folks! Yes… although 2011 has been a very memorable year for me, I am very excited in looking forward to what the New Year will bring in for me. I had a very simple but fruitful ending in 2011 and woke up late morning on the first day of the year. Looking forward to spending some time with my family, I was told that we are meeting up with a great friend of ours for lunch.
We drove to Taman, Connaught, Cheras to meet up with Sid, who promised a great meal of home cooked dishes at Big Tree Lin Kee Restaurant to start off our first day of the year. Upon arriving, I saw a huge shack located under some huge trees which provided much coolness and shade to the al fresco restaurant. 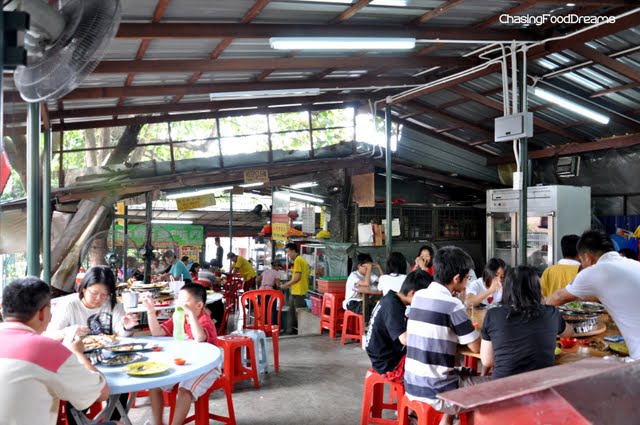 We were quickly led to our table but along the way, I noticed that all the tables were already filled up with big crowds. Excited and starving… the crowd was definitely a great sign of what’s to come! 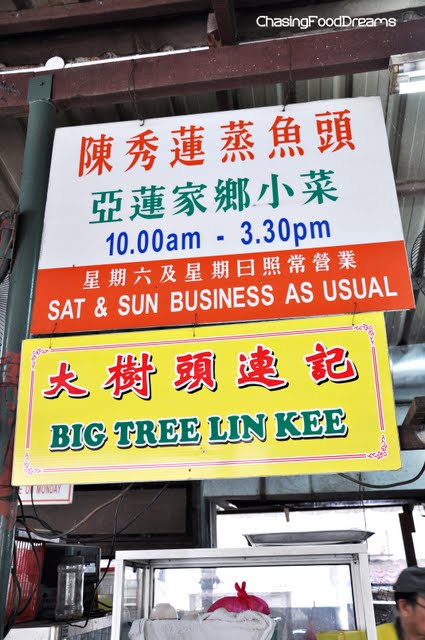 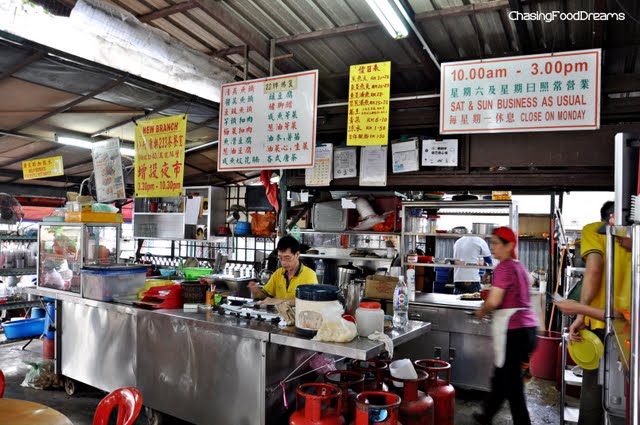 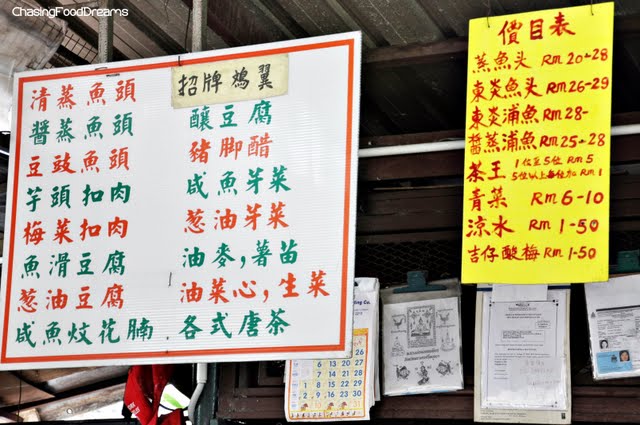 Ok… I have to admit that the place is not as clean as what it should be but I would also say it’s decent and typical of simple restaurants that one gets, especially al fresco ones. Despite it only being around 1pm, quite a few of their signature dishes had ran out already. We put in our order for six of us for whatever that’s available and waited for our food to arrive. 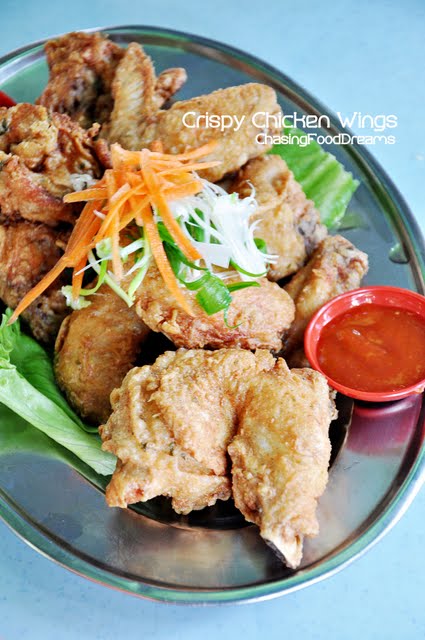 First up was an order of four pieces if Crispy Chicken Wings (RM14) that was superbly crisp and juicy. Well marinated and seasoned, the wings didn’t need the chili sauce that accompanied it. We walloped the wings faster than we put in our order despite it being so temperature hot from the wok. These OMG wings are awesome and I highly recommend one to order at least two wings per person… hehehe… J! 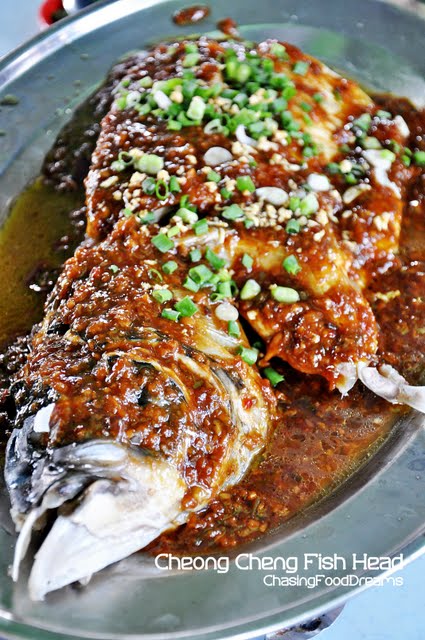 Lin Kee’s signature dishes are their various steamed fish head so we had put in an order of their ‘Cheong Cheng’ Steamed Soong Fish Head (RM22). Sid had been raving about this dish and I certainly understand why now that I had a taste of it. The spicy bean paste sauce was absolutely worthy of praise. Spicy and pungent, the thick dark bean sauce was a harmonious blend of spiciness, savory and nutty flavors with a heady aroma that is quite intoxicating for me! Love this sauce with white rice and I had two bowls… 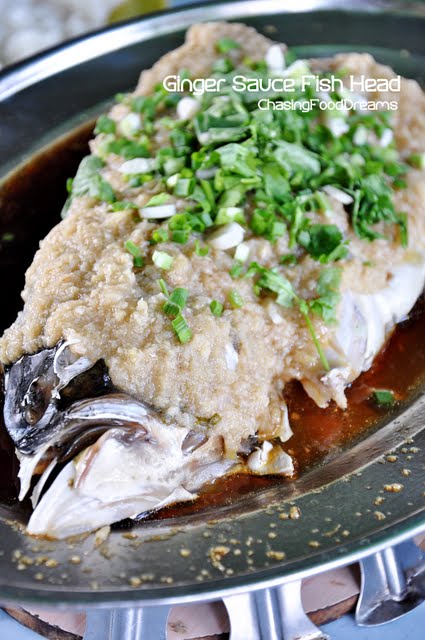 We also ordered a Ginger Sauce Steamed Soong Fish Head (RM22). I enjoyed this thoroughly as the ginger sauce was fairly pungent and strong, lending a great depth of flavors to the fresh fish head. Unlike most ginger sauce, this dish had an added soy sauce to boost up the flavors which I like a lot! Fish was very fresh, firm and almost sweet so the overall flavors are quite fascinating with a good balance of sweet, spicy and savory flavors. I didn’t find the ginger overpowering but instead bring out great essence to the fish! 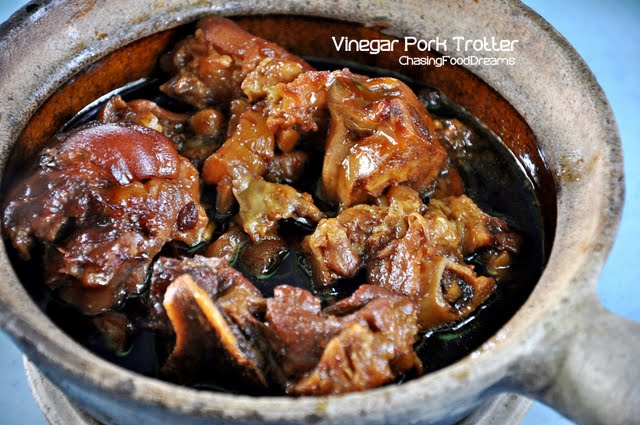 Vinegar Pork Trotter (RM13) had all of us fighting for the vinegar sauce! The sweet and sour thick sauce was absolutely sticky and tangy. We asked for a lean cut of the meat and were very satisfied with what we had gotten. To be honest, I would have been equally happy just with the vinegar sauce alone… yes… it was that good!! 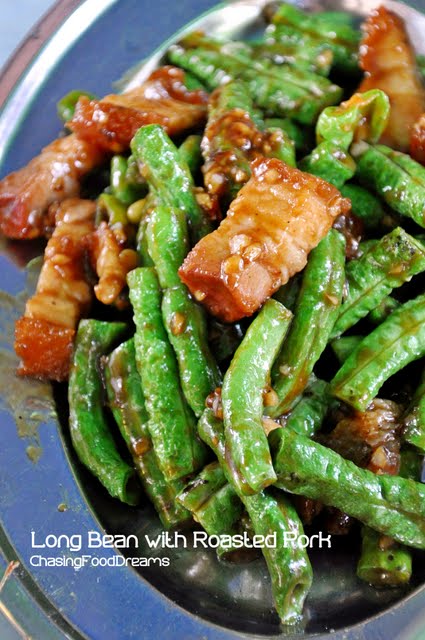 Definitely a home cooked dish, Long Beans with Roasted Pork (RM10) reminds me of what my mom would stir up when she has left over roasted pork. The long beans were unusually fat and the aroma was lovely with the scent of roasted pork. I rated this dish slightly above decent for good wok aroma and flavors. 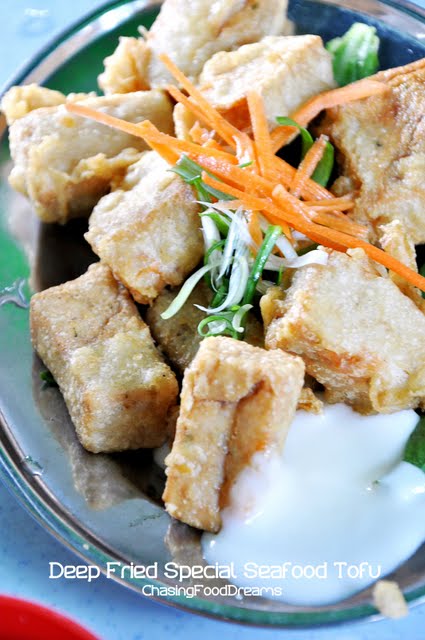 Quite a few of the bean curd dishes were out so all we had left was Deep Fried Special Seafood Bean Curd (RM10). I have to say the seafood bean curd was decent as it had a crispy outside but soft inside. The only thing that bugs me was the sickly white sauce on that platter that was just sweet and annoying. 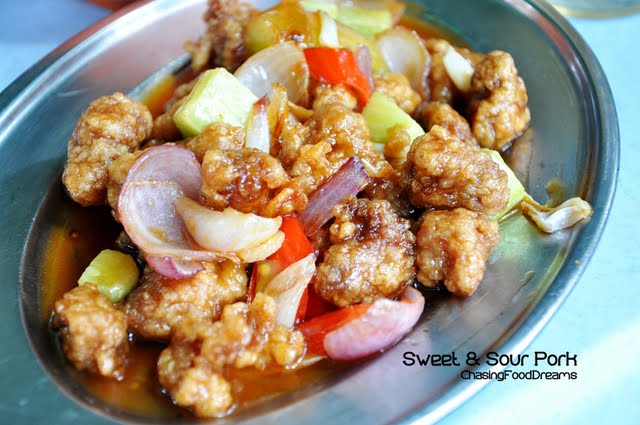 We couldn’t help ourselves and added an order of Sweet and Sour Pork (RM12). I always like to test how skilled a chef is through this dish. It may be a simple and home cook dish but I have to say that not many can skillfully dish up fabulous sweet and sour pork! This one rated decent but nothing impressive. It had good crispy and tender pork pieces but the sauce was only average. It could use a bit more kick in the flavor department. 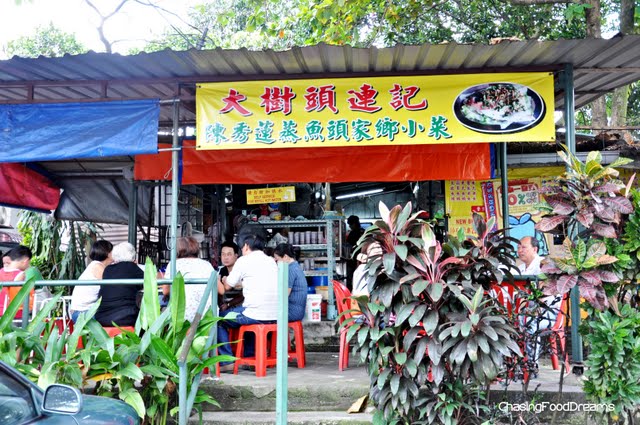 Overall, there are some great dishes at Big Tree Lin Kee Restaurant which I really enjoyed a lot like their signature Steamed Fish Heads, Crispy Chicken Wings and Vinegar Pork Trotter. There is another signature dish of Steamed Herbal Coconut Chicken Soup which I missed as it had ran out. Prices deemed fair and very reasonable as our total bill came up to RM115 for six of us. If you can overlooked the fact of a few buzzing flies, the place is warrants a visit because of the fabulous home cooked dishes.
Six happily satiated tummies… what a great meal to start off 2012!! 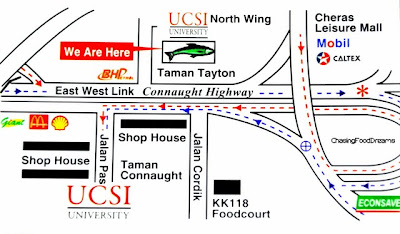