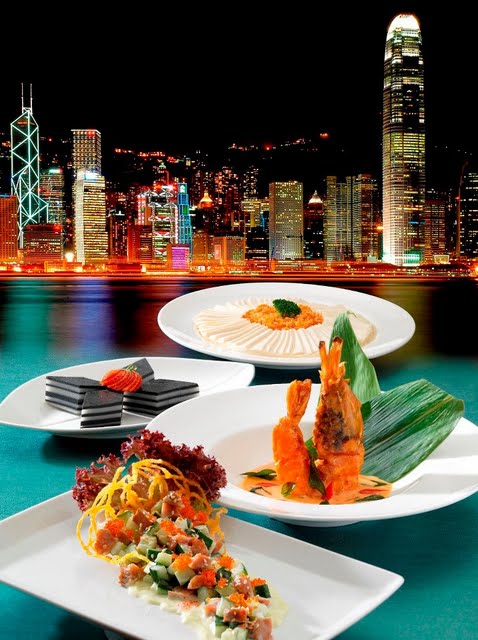 Hong Kong… a mecca for Shopping addicts, Entertainment fans and most of all… Food Paradise for gluttons like me! This is the place where no one sleeps… J 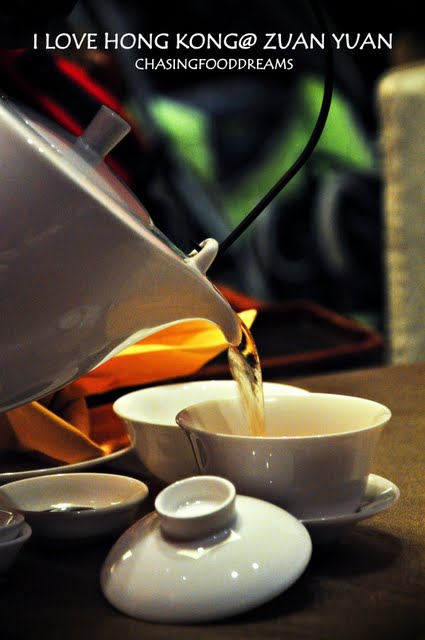 Food in Hong Kong has no boundaries and today, the cuisine is simply a haven of traditional and modern fare all united harmoniously by the F&B industry. Hong Kong cuisine features a sizable portion of Cantonese cuisine and centers on the freshest ingredients possible straight out of Mother Nature’s offerings. 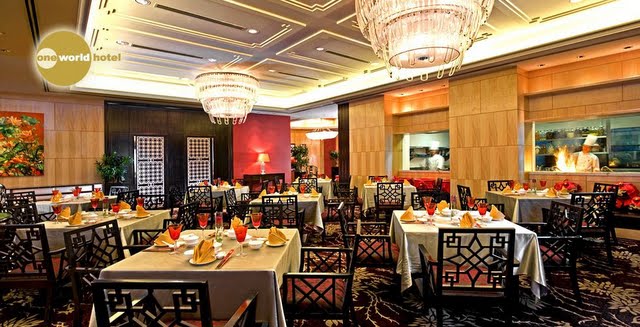 Inspired by the gourmet paradise of Hong Kong, Zuan Yuan Chinese Restaurant is proud to present their ‘I Love Hong Kong’ Promotion at One World Hotel starting October 1st to 31st, 2011. Executive Chef Michael Chew has concocted a whole menu based on the gastronomic fare of the cuisine on the island! 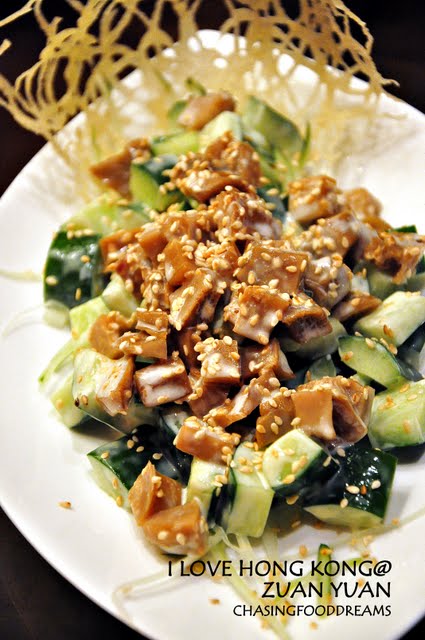 We started off with a cold appetizer of Sea Conch with Cucumber in Wasabi Sauce (RM18 per portion). Sea conch is basically a species of large sea snails which has a high spiral shell and is categorized as gastropods. Ok… sounds weird for the unadventurous but do at least try this as it is quite similar to the texture of abalone in my opinion. Cubes of bouncy sea conch has been harmonized with crunchy cucumbers and dressed in a light creamy wasabi sauce. I love the various textures in this dish and the wasabi was a light hint, lending a creamy edge to the dish instead of overwhelming it. 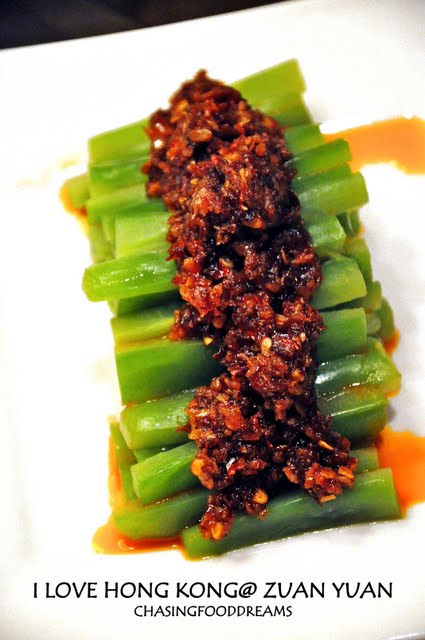 Poached Bitter Cucumber “Sze Chuan” Style (RM12 per portion) was a sight with its bright hued green contrasting against the fiery looking red sauce. It certainly takes great skill as I didn’t tasted strong bitterness in the bittergourd but only a gentle hint and softness of the gourd. The spicy Sze Chuan sauce was beautiful against the gourd, creating a medley of spicy and savory flavors featured in boldness. 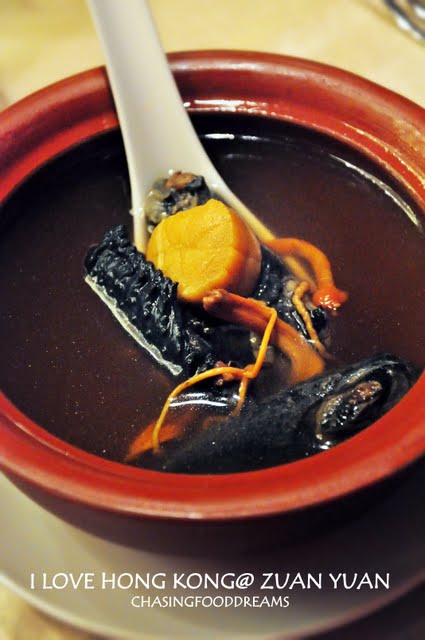 Soup is a must in almost every Chinese cuisine and Double Boiled Black Chicken Soup with Dried Scallop and “Chong Cao Hua” (RM20 per person) was exceptionally comforting that night. The broth was rich with dried scallop and jet black chicken that everyone at the table had a moment of peacefulness in enjoying the luxurious soup. This is so good for the soul… enough said! J 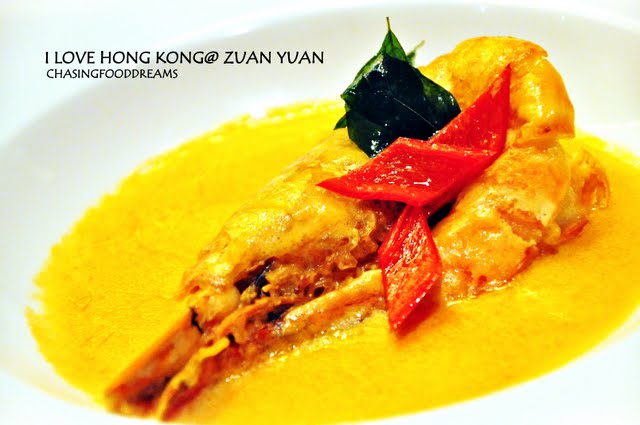 The glorious golden sunshine of Wok Fried Tiger Prawn with Special Sauce (RM28 per prawn) was such an impressive vision. The huge crustacean sitting in a pool of creamy buttery sauce hinted with curry was every bit as delicious as it looks! In this dish, I assured you that no sauce was wasted as the luscious cream with a hint of spice was mopped up with rice and every possible cutlery there!! 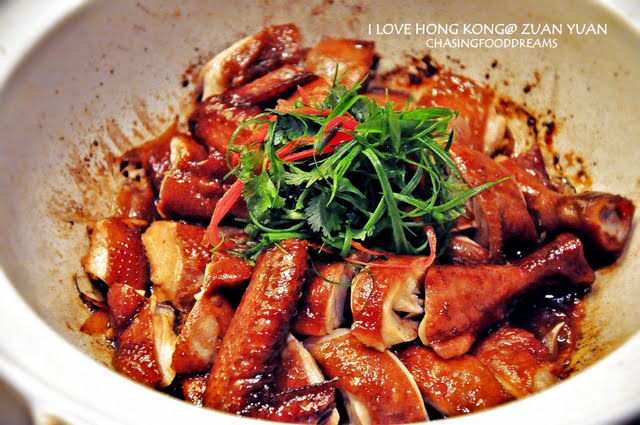 Chicken is one of the most common meats among us and yet, I still find many ways to enjoy this thoroughly. Braised Chicken with King Soya Sauce Served in Clay Pot (RM20 per ½ bird) was tender, savory and fragrant from the secretly guarded braising sauce made with king soya sauce. Chef Michael whispered that his secret is to use a decent sized chicken weighing about 1kg to ensure silky and tender meat in the dish. A balance of soya sauce and other liquids is the key to the scrumptious flavors to this dish. The braising chicken is a truly comforting dish at heart which most will enjoy with a bowl of hot steamed rice. 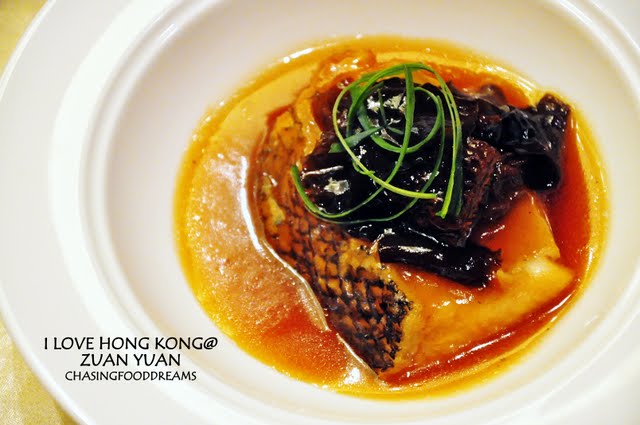 Braised Cod Fish with Morel Mushroom (RM22 per portion) features a delicate combination of a thick piece of sweet cod fish harboring morel mushrooms and black fungus. The gentleness of the fish is light while the twist of the expensive morel mushroom was a delight. Morel mushroom retained its slightly crunchy texture and perfumed the dish with an earthy aroma. 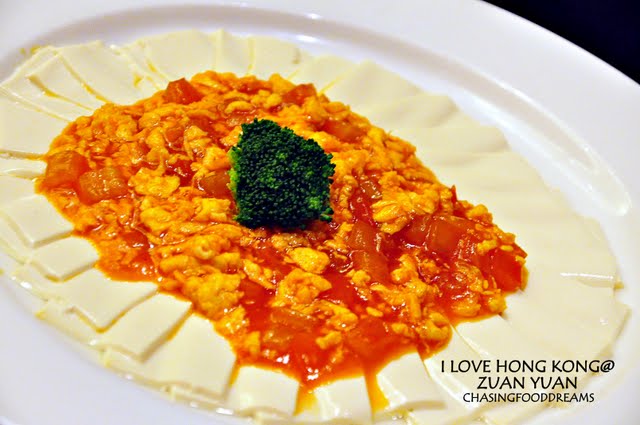 Braised Bean Curd with Egg and Tomato Sauce (RM22 per portion) was presented with such skilled from the thinly sliced pieces of bean curd to the boldness of the red egg sauce in the middle simulating a flower. This dish truly represents Hong Kong cuisine in the sense of showcasing simple ingredients against bold culinary skills and flavors. The gentle sour and sweet tomato sauce coupled with egg heightens the plain bean curd to a sense of contentment in my meal. 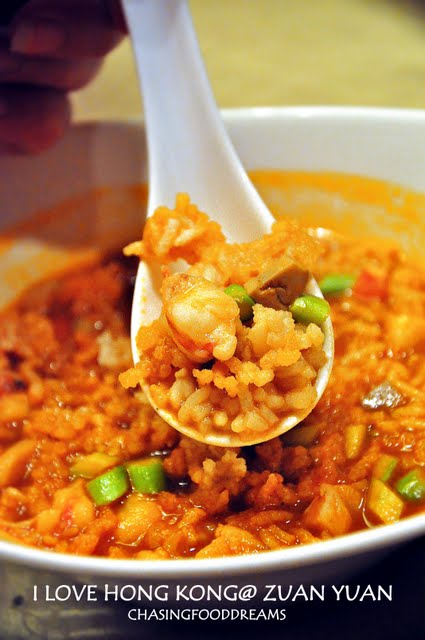 When I saw crispy rice in the dish of Assorted Diced Sea Food with Crispy Rice in Lobster Soup (RM13 per person), I immediately hope that I won’t be getting mushy rice soaked in broth. To my delight, I got a bowl of fairly thick seafood soup filled with chunks of prawns, scallop, mushroom, and long beans providing textures and flavors to crispy and crunchy rice pellets. The flavors were wispy and delicate and reflected a sense of solace to warm up one’s tummy! 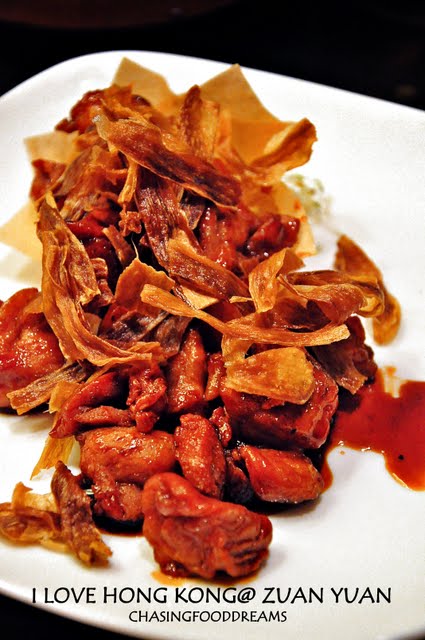 Honey Glazed Boneless Chicken topped with Crispy Ginger Flakes was not in the promotion but rather a dish that reflected Chef Michael’s signature dish at the restaurant. This dish was finished within seconds as everyone unanimously concluded that the crispy chicken in the sweet sticky sauce was fabulous against the super thin crisp ginger. No ginger was left behind on the plate… hehehe (it was that good!). 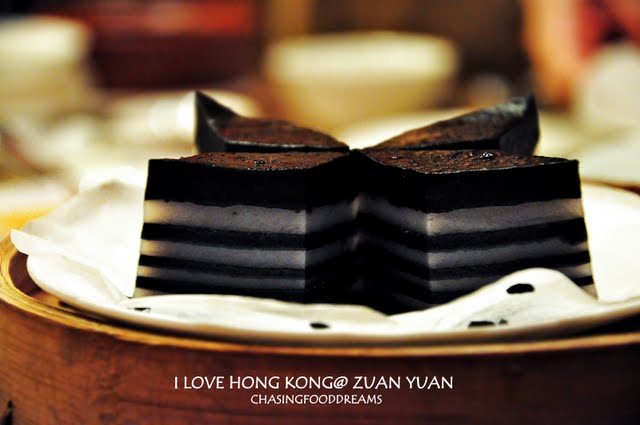 When the Black and White Sesame Glutinous Rice Cake (RM12 - 4 pcs) arrived, everyone was curious about the dessert at first sight! Black and white layers consist of black and white sesame flavors and the rice cake was slightly chewy but full of sesame aroma. Decent and unique is the term to classify this dessert. 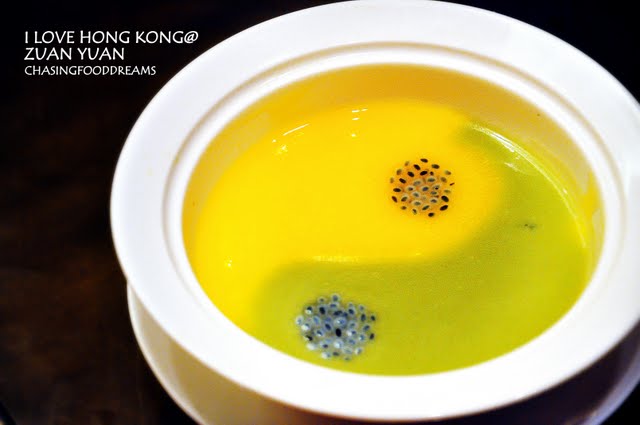 Last but not least, Mango and Avocado “Ying Yang” Style (RM12 per portion) was another contrasting vision of bright yellow mango puree against apple green avocado puree. I sampled both individually and thought they tasted mediocre but once I combined both flavors, the dessert seems to taste better. Light and quite refreshing, this dessert is a lovely ending to my meal. 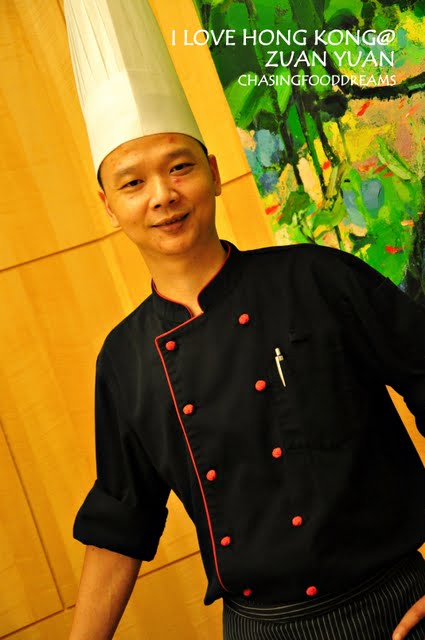 Executive Chef Michael Chew has over 24 years of experience in the food industry and seems to master the talent to control his refined Cantonese cuisine very well. All dishes have a good balance of taste and flavors. His dishes are light and showcased various textures to contrast the dish well so that one does not get bored eating his dishes. I also love the fact that I was not left with the heavy feeling after a lovely course meal as such! 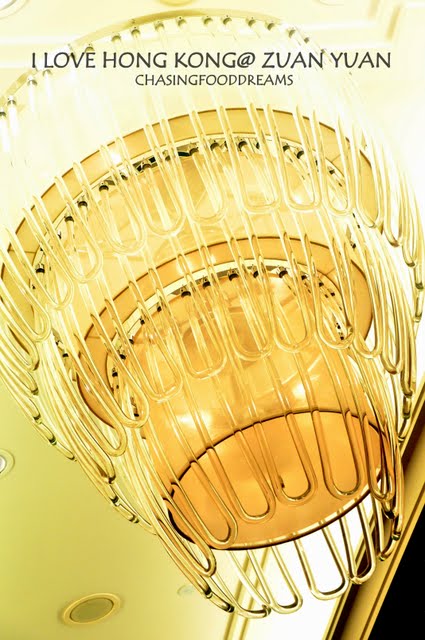