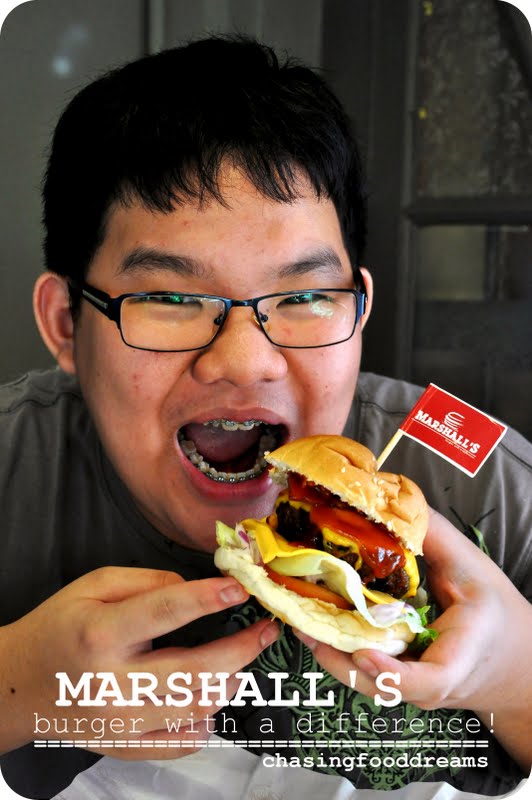 It was Perfect for Him!

“Just a Burger?  Just a burger? Robin, it’s so much more than ‘just a burger’ I mean…that first bite—oh, what heaven that first bite is. The bun, like a sesame freckled breast of an angel, resting gently on the ketchup and mustard below, flavors mingling in a seductive pas de deux. And then…a pickle! The most playful little pickle! Then a slice of tomato, a leaf of lettuce and a…a patty of ground beef so exquisite, swirling in your mouth, breaking apart, and combining again in a fugue of sweets and savor so delightful. This is no mere sandwich of grilled meat and toasted bread, Robin. This is God, speaking to us in food.”

Quoted from How I Met Your Mother, episode titled ‘The Best Burger in New York’ 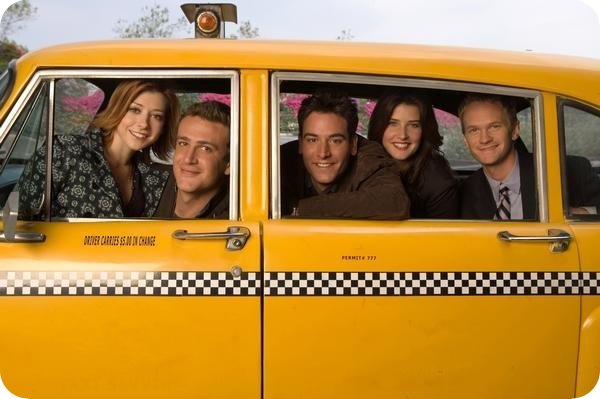 *pic taken from here
If you’re a die-hard fan of How I Met Your Mother, you would certainly know Marshall! The hilarious, fun and adorable Marshall wins many with his insanely funny personality in the tv series. Including mine… 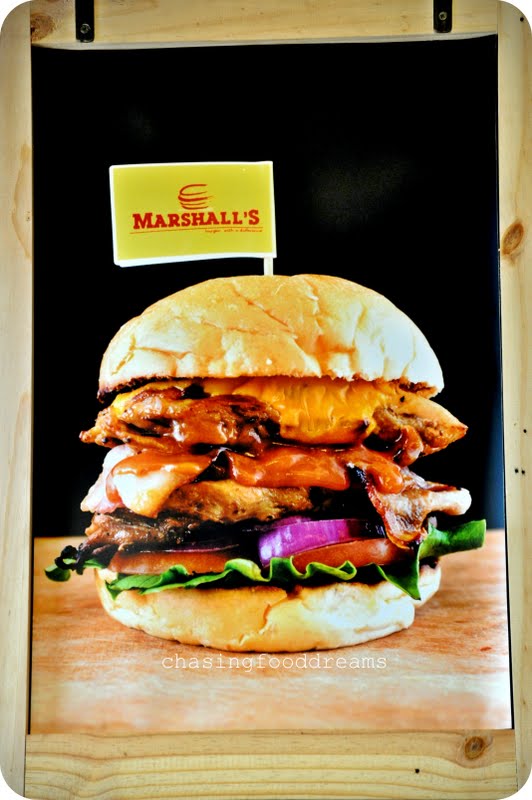 Yes, I did watch that episode where the unemployed Marshall went in search for his perfect burger which is ultimately how this burger joint gets it’s name and inspiration. When my nephew told me that Penang has just welcomed a Marshall’s Burger joint, I had to get a taste of it. Previously made famous from a small roadside stall in Pulau Tikus, the popularity of the burger had the owner relocated into a bigger premise as lines were just queuing up too long at the roadside each night. No dragging required but pre-warned that we must arrive exactly at the opening dot of 5pm to avoid a massive queue, we took the advice and carried out our mission. 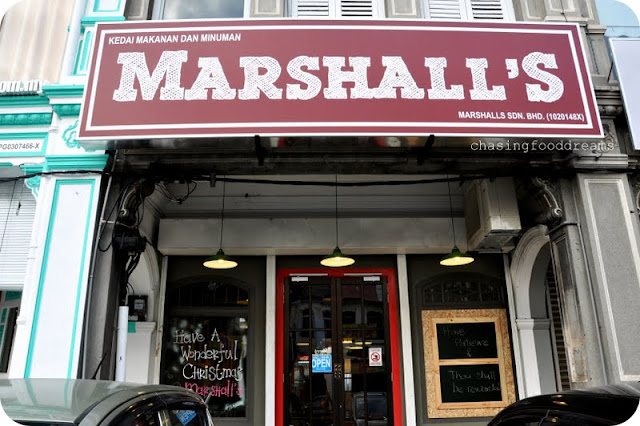 Upon arrival, the burger joint was easily spotted with its location on the main Burma Road, next to Fima Supermarket. Entering the joint in excitement at 5pm sharp, we were already the four in line at the self-service ordering counter. Yep, place and pay your orders before you seat or vice versa as the joint is fairly small with limited tables and chairs. 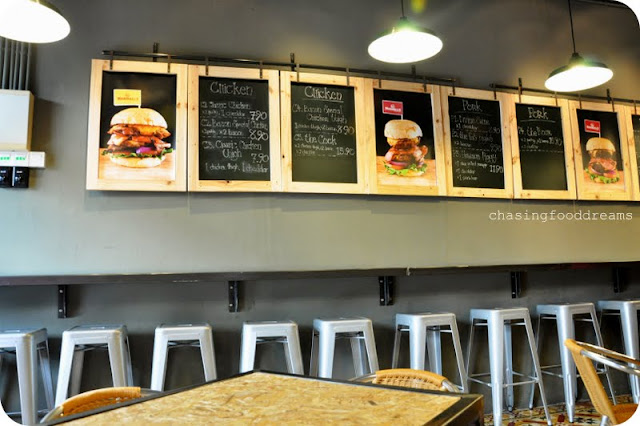 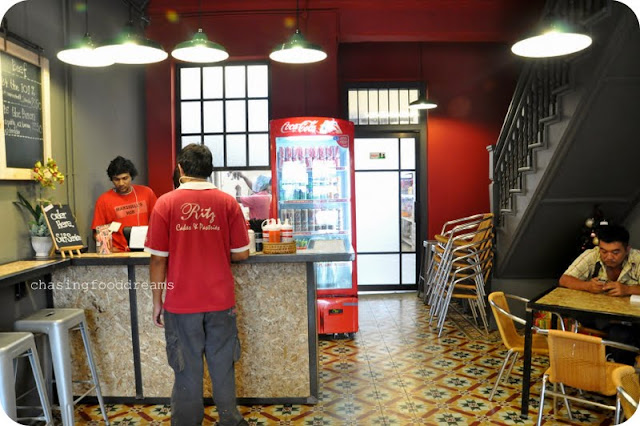 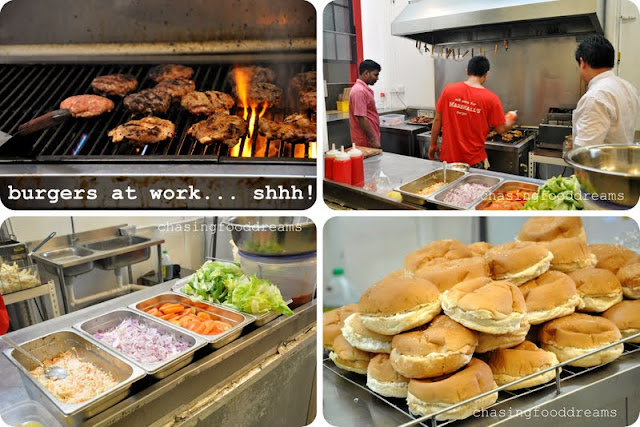 Marshall’s featured simple but clear décor, with chalkboards all over featuring its easy to comprehend menu. Basically, Marshall’s burger list consisted of 100% chicken, pork and beef in various concoctions. Add-ons are available to pump up the burger while sides of fries and onion rings with a short list of can drinks makes it simple and easy for ordering. Of course, there are a few posters of Marshall’s burger to temp your ordering into frenzy!

My adorable nephew (resembling the boy from UP!, don’t you think so?) logged in his order for The Bull (RM9.90). A beef patty, a bacon and 2 cheddars summed up The Bull. As one can see, the patty is made thick so one gets the beef and not just the bun and sides. If you don’t specify the sidekicks, you get the normal of lettuce, onion and tomato with Marshall’s special secret sauce. 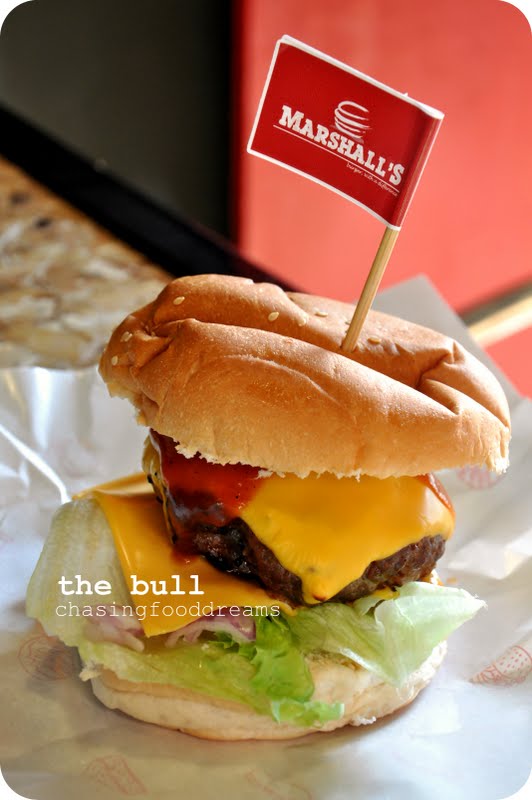 The verdict? I stole a bite and was awarded with much juiciness of beef. Very flavorful in all corners of senses, I do admit the special sauce help with its sweet tomato and chili sauce goodness. Everything worked well except for the bun. It was a tad dry and some parts were soggy from the drench of the sauce but all is forgiven when the patty was so good!

If you’re a carnivore or a chauvinist, I’d suggest you go for The Bison (RM15.90), a level up The Bull with 2 beef patties, 2 bacon slices and 2 cheddars. 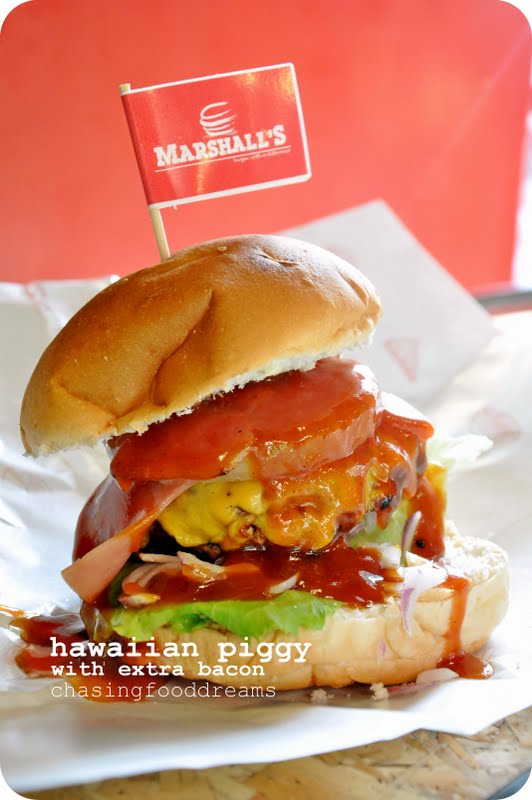 I, on the other hand, simply could not resist swine in any form. I took on The Hawaiian Piggy (RM11.90) with extra bacon (of course!!). The towering hog was indeed hard to bite into as I tried so hard at first bite. My nephew had much amusement in enjoying my feat in conquering this burger at the first bite!! 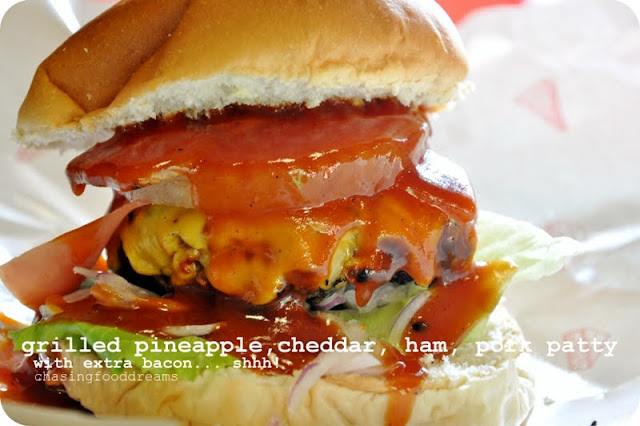 The Hawaiian Piggy denotes its name with the famous pineapple and so, it was without a doubt that this burger had grilled pineapple stacked among a pork ham, cheddar cheese and a thick pork patty. Present as usual were the vegetables and the special sauce. 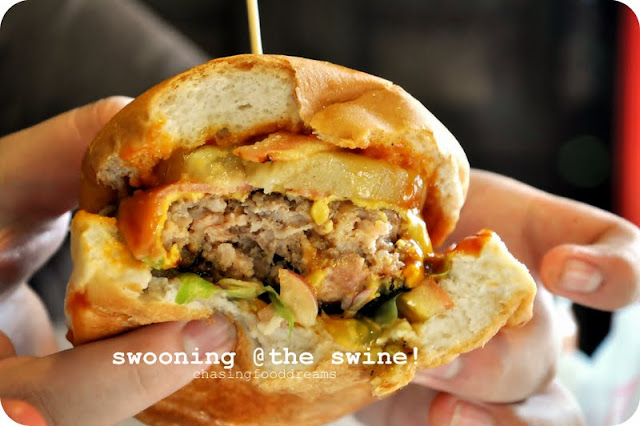 All I can say is lustful! The pork patty was lustful. Thick, juicy, and bursting with loads of umami notes, the pork patty sang beautifully with the sweet pineapple, salty ham and bacon and creamy cheese. The medley of sweet, salty, spicy and tangy hit all the right notes with my senses. It’s messy and probably filled with tons of calories but hey, if you want less calories, have a salad. Me, I am just extremely pleased with the calories here… again, the bun is forgiven. 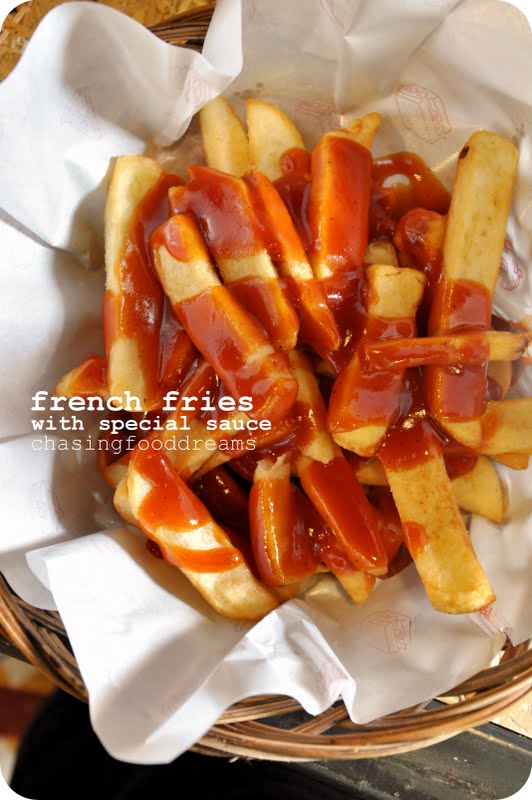 An order of Fries (RM5) seemed to be a no-brainer and Marshall’s is a thick-cut steak fries nicely fried up and smothered in again, the Marshall’s special sauce. Messy seemed to be the must-have here so just diggin and enjoy. 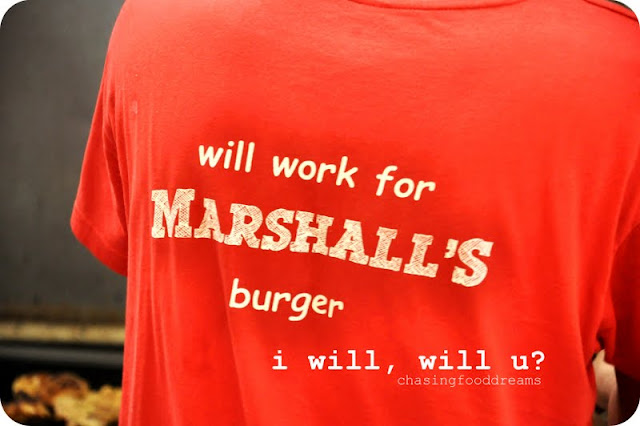 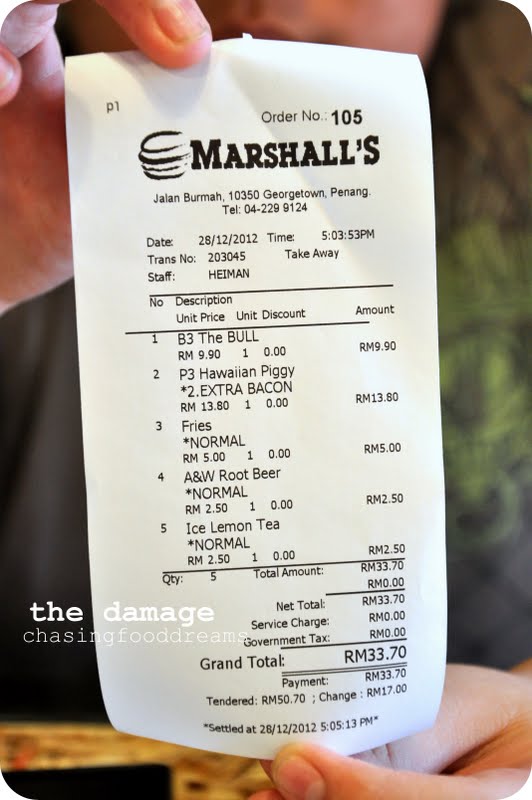 Ok, some may say if you had have other famous burgers like Burgerlab, Burger Junkyard, Andes and many more, this may not live up in some ways. But hey, Marshall’s Burger does have scrumptious patties good in their own way to level up with other big guns. In addition, this one is in Penang while others are in the capital city. Competition? Nah. Other plus points for Marshall’s include an unbeatable price for its quality and the Marshall’s special sauce!

Is this Marshall’s Perfect burger? Maybe it is, maybe it’s not, then again, you let me know when you tried it…