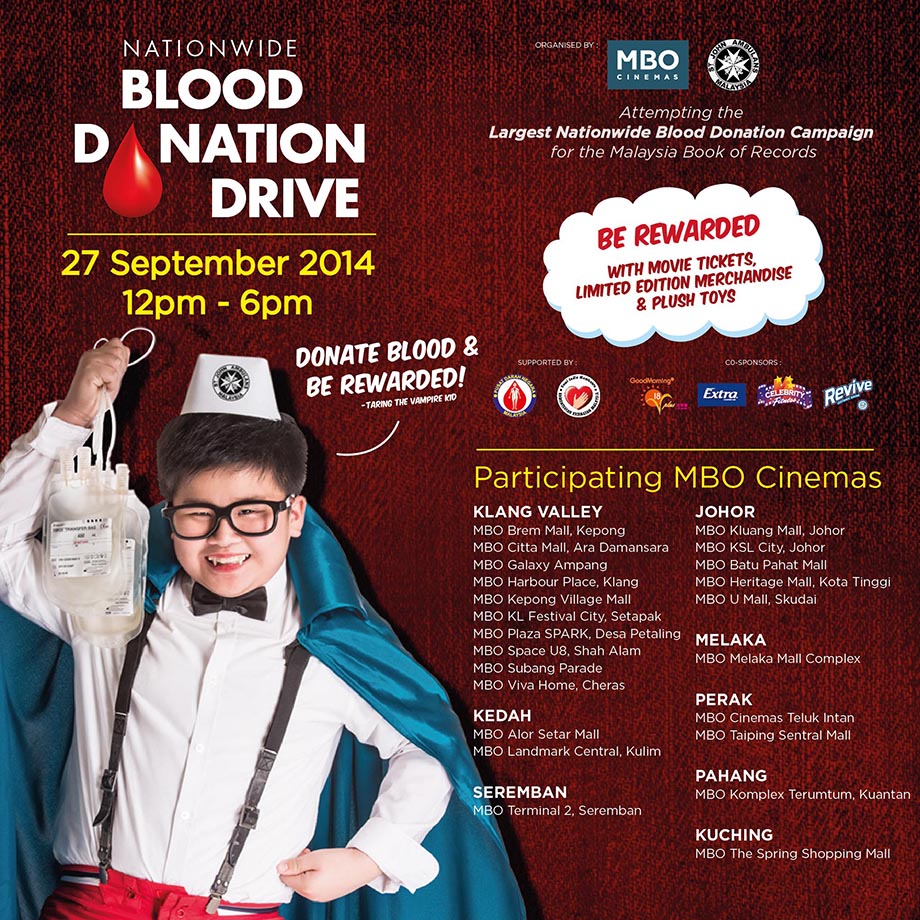 Let’s Give Back To Our Community!

MBO Cinemas and St. Johns Malaysia Ambulance recently announced the launch of a nationwide blood donation campaign, which is set to take place in 23 (of 25) MBO locations around Malaysia, this September 27. At the same time, this campaign will be attempting to make it into the Malaysia Book of Records as the Biggest Nationwide Blood Donation Campaign by a Cinema Organization, by achieving 5000 blood donors in a single day.

MBO’s Director of Marketing & Sales, Mr Cheah Chun Wai said: “As the cinema operator with the most diversified locations in Malaysia, we want to engage public at a nationwide scale to help remedy the blood shortage problem in Malaysia. MBO Cinemas brings fun and entertainment to the Malaysian public, but we are also passionate about doing our part to give back to the community”. 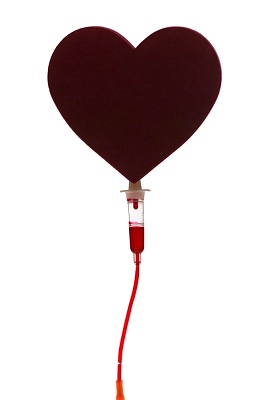 The National Blood Centre (NBC) and blood banks throughout the country are still facing shortage of blood donors, registering low number of turn-up among donors as the main reason.

Your presence and support counts in every way so make sure to head over to the MBO outlets on 27 September and participate in this Blood Donation Campaign!

One Pint of Blood Can Save Three Lives


Find out why Taring needs your support!


Any healthy adult between 18 years and 60 years of age can Donate Blood. 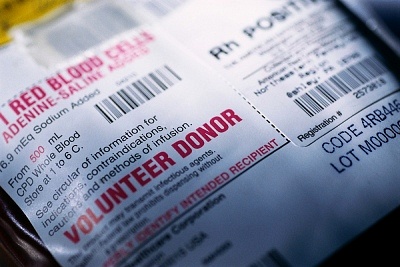 Join this campaign and give back to the community to those indeed! It doesn’t cost you anything but a little of what you do go a long way to others. Imagine when your loved ones are in need of blood donation and what others have contributed to this so let’s all make a pact and give back as you’ll never know when you or your loved ones might need help later on. 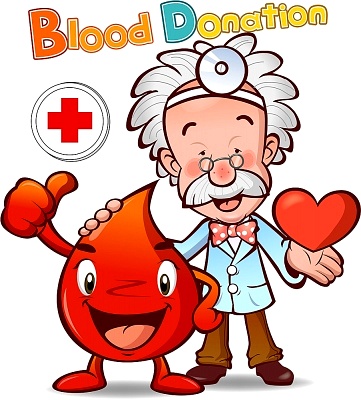 Those who wish to be participate this blood donation campaign should generally weigh over 50kgs, are aged between 18 and 60, with general good health and have not been on antibiotics 1 week prior to the donation date. Make sure to have a good meal at least 3 hours before donating blood. Please avoid smoking on the day before donating and also no alchohol for 48 hours before donation.

During the event day, MBO Cinemas will be giving out to each donor a free movie ticket & goodie bag with movie merchandises worth in total RM150,000 nationwide as a thank you token to donors for their support in replenishing the nation’s blood banks, as well as for being part of the Biggest National Blood Campaign by A Cinema Group. MBO Cinemas also donated RM 10,000 to the St. Johns Ambulance Malaysia, as a token of appreciation for their support and assistance in this nationwide blood campaign.