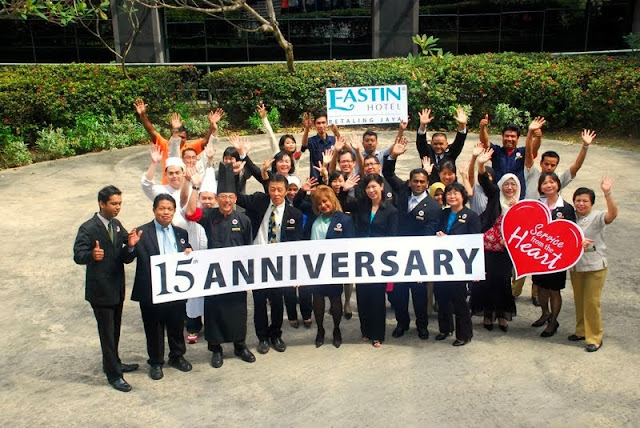 15 Years of Hospitality with Impeccable Service From The Heart 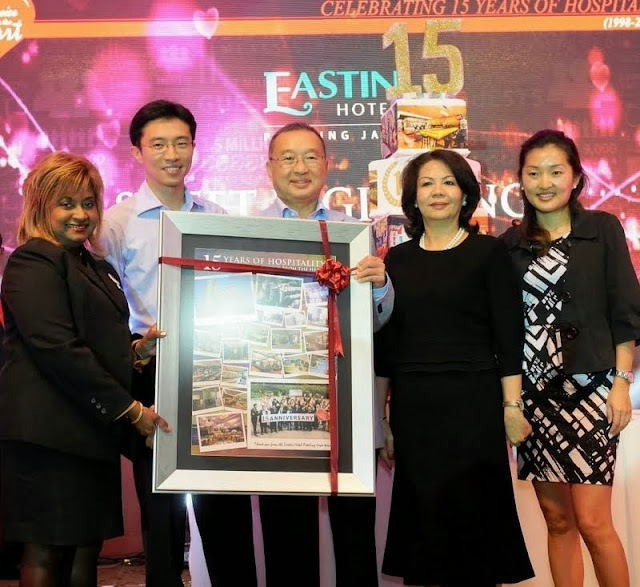 It takes years to build a dream, a dream that leads to a journey of successes. An invite, at the end of September was held to commemorate the milestone of a dream turn reality, was held at Eastin Hotel Petaling Jaya. Themed with Look East. Look Eastin, the event was aimed to celebrate the visionary of Dato’ Tan Chew Piau (Dato’ CP Tan) whom has realized his dream of owning and operating hotels here in Malaysia. 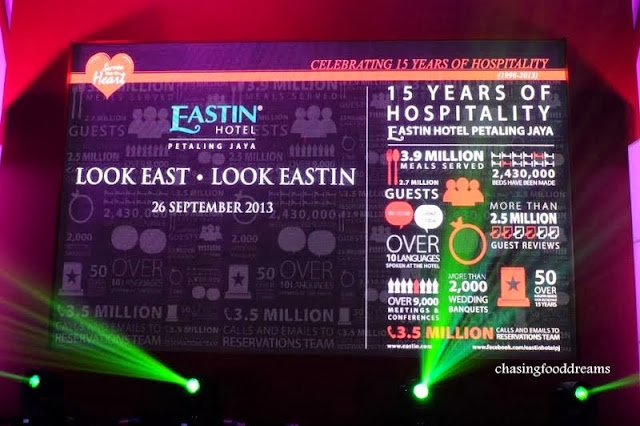 Many showed up for the event held at the grand ballroom which was dressed with an oriental flair and filled with shimmering lights. As soon as honorary guests arrive, the ballroom doors were open and guests flooded into the room. A grand ice masterpiece of 15 was displayed by the stage where several lion dancers await their performances. On the other end of the room, long buffet counters decorated with more ice sculptures and hot warmers are all setup for the sumptuous dinner to come. 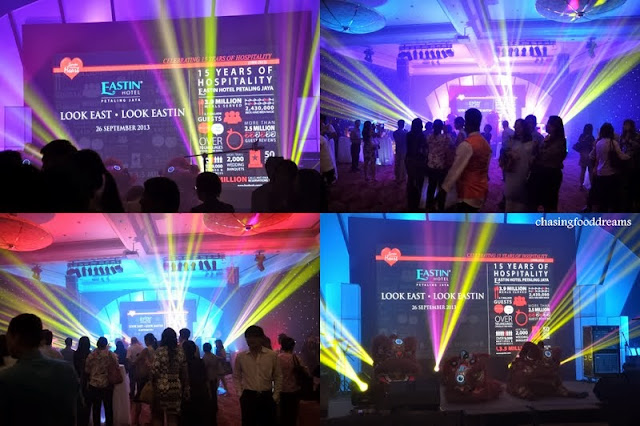 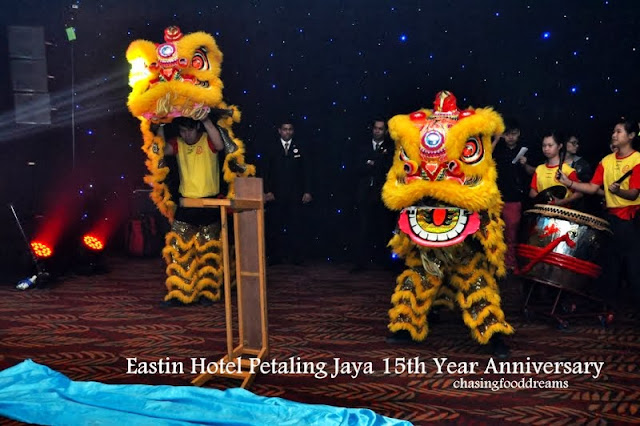 With the presences of Dato’ Tan Chew Piau, Datin Jane Yeoh and Eastin Hotel Petaling Jaya director Su Chen and other distinguished guests, the event kicked off with the performances of 5 lion dancers ushering in the celebration with blessings. 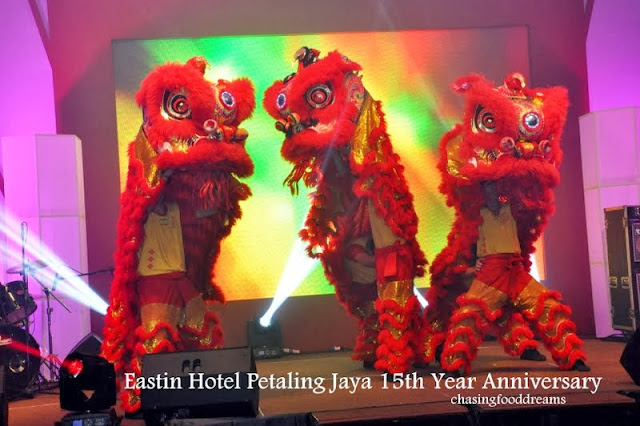 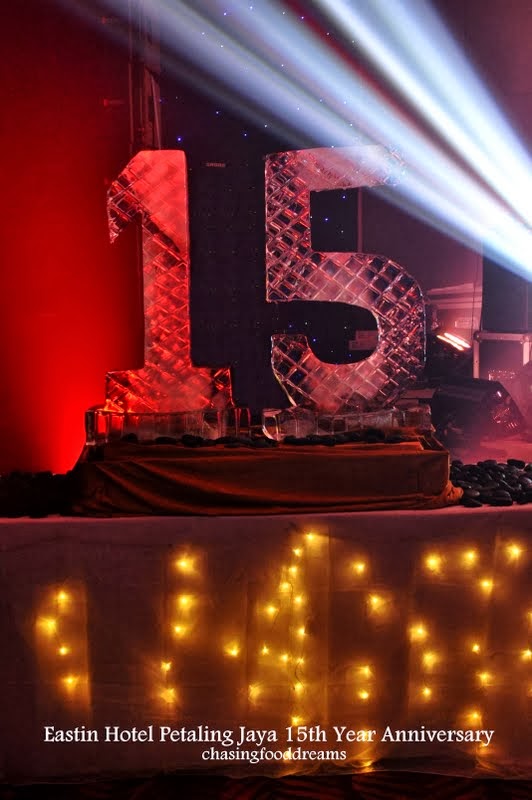 This was followed by General Manager Ms. Jane Suppiah delivering her speech. It is a culture at Eastin Hotel Petaling Jaya to serve guests from the heart. Through thoughtful and genuine service, Eastin ensures that guests’ experiences will always be pleasant and memorable. With this in mind, in honors of Eastin Hotel Petaling Jaya 15th Year Anniversary, the hotel team launched their ‘Service from the Heart’ campaign to instill passion for service among staff. Service from the Heart stands for Eager to Serve, Strive to Excel and Integrity of Character.

According to the Ms. Jane, “In the end, we truly believe it all boils down to the intangibles such as Service from the Heart – the Eastin way, the passion, planning and organization skills, the willingness to do more and delight your customers. These are the factors that our guests often highlight about us in online reviews at sites such as TripAdvisor and Booking.com”. 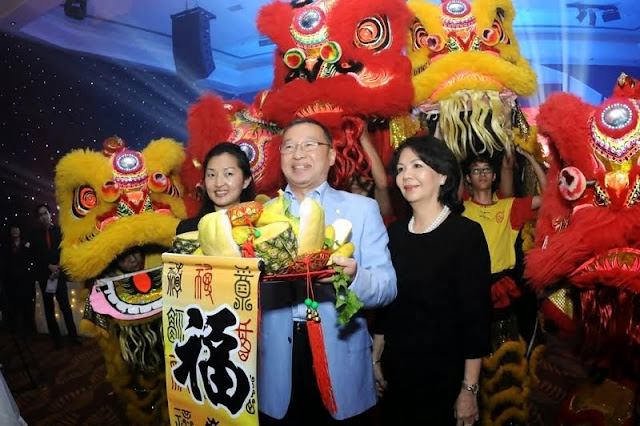 At the same time, it was a double celebration as Eastin Hotel Petaling Jaya has just been awarded a Five-star status! 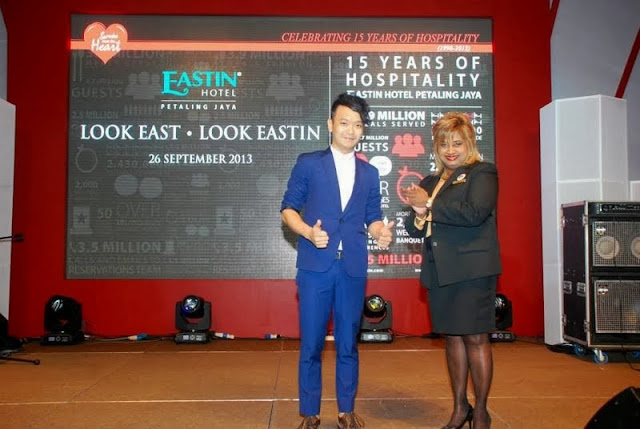 A meaningful journey of 15th years was expressed in a special way through a sand art performance titled ‘Through the Shifting Sands of Time’ by talented local sand artist, Loong Bee. It was beautifully narrated… 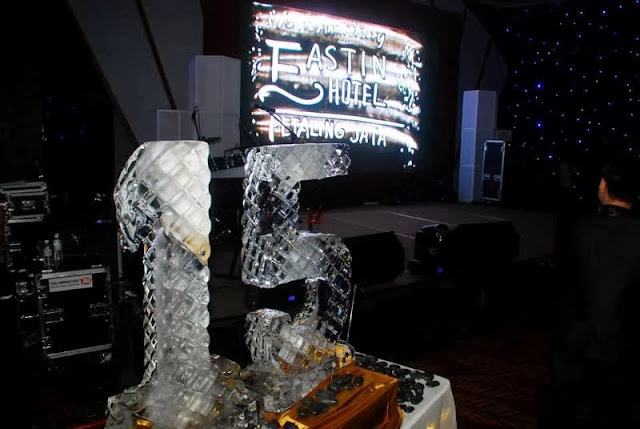 The Eastin Hotel Petaling Jaya is a home-grown brand which was built, owned and is managed by the CP Group. The owner, Dato’ Tan Chew Piau first arrived in Malaysia during the 1960s as a teenager from China armed with an unquenchable thirst for knowledge and a strong determination to success in life. From humble beginnings, Dato’ Tan founded Syarikat Chew Piau Construction in 1972. This company became his launching pad into the highly competitive construction industry.

Syarikat Chew Piau rapidly became a leading industry player. Its construction portfolio encompassed prominent landmarks in Malaysia including business and resort hotels, multi-storey commercial buildings and condominiums. Dato’ Tan was also the first Malaysian contractor to venture overseas in the year 1982 to build a national mosque in the Republic of Maldives. 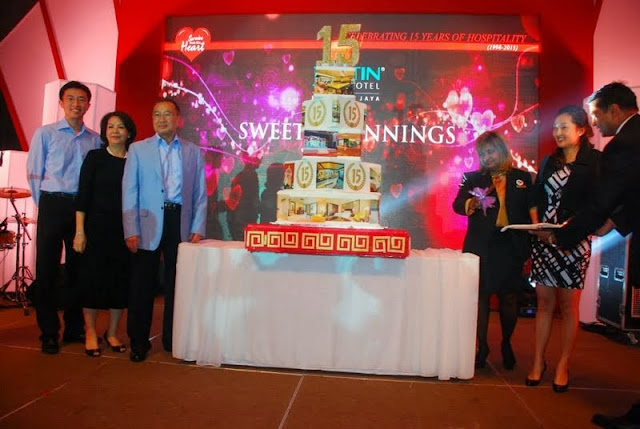 After the presentation, Dato’ CP Tan and the Board of Directors of the CP Group was presented with a 5 tiered 15th Year Anniversary Cake by the culinary team as a gift from employees. The evening was also jazzed up a 5-piece live band and K-Pop dance performance as guests dined on the lavish spread of Eastin Hotel Petaling Jaya’s signature dishes from all its restaurants. 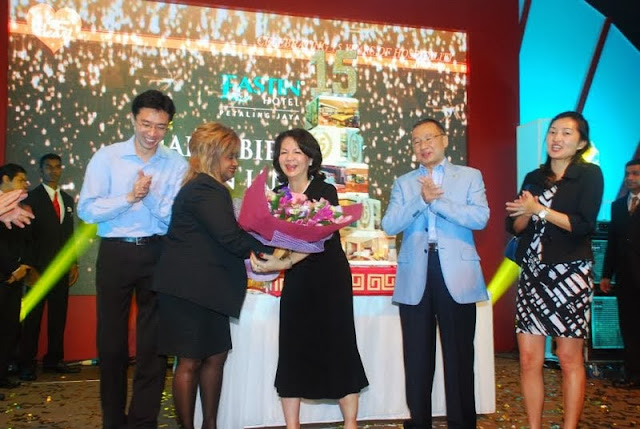 Another celebration was also in order as it was Datin Jane Yeoh’s birthday! 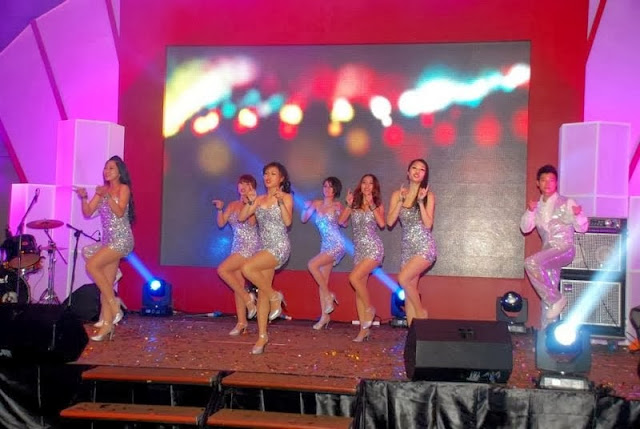 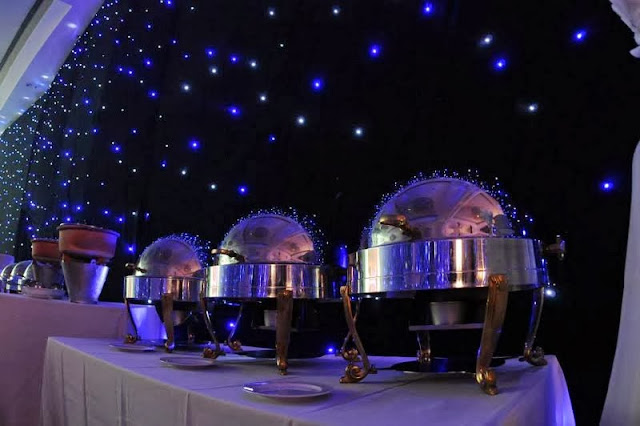 Buffet generously laden with dishes from Swez Brasserie, EE Chinese Cuisine and Eyuzu Japanese, everyone dined to their hearts content while the epitome of the event was the generous lucky draws sessions that won the hearts of many. Among the top 20 prizes are dining vouchers, Hotel stays in both Eastin Hotel, Samsung Galaxy Tab, HTC Smartphone and a grand prize of travel certificate worth RM3000 sponsored by the Hotel. 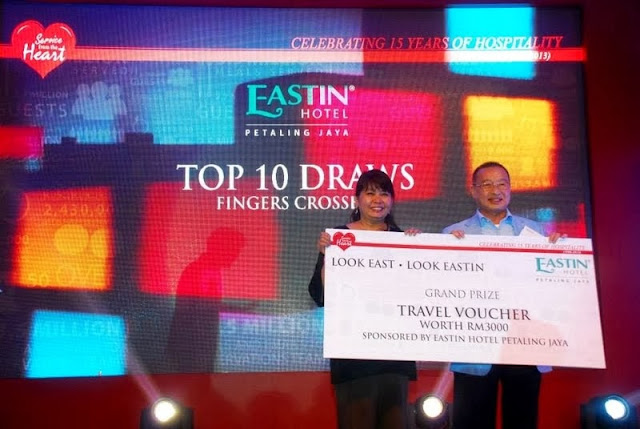 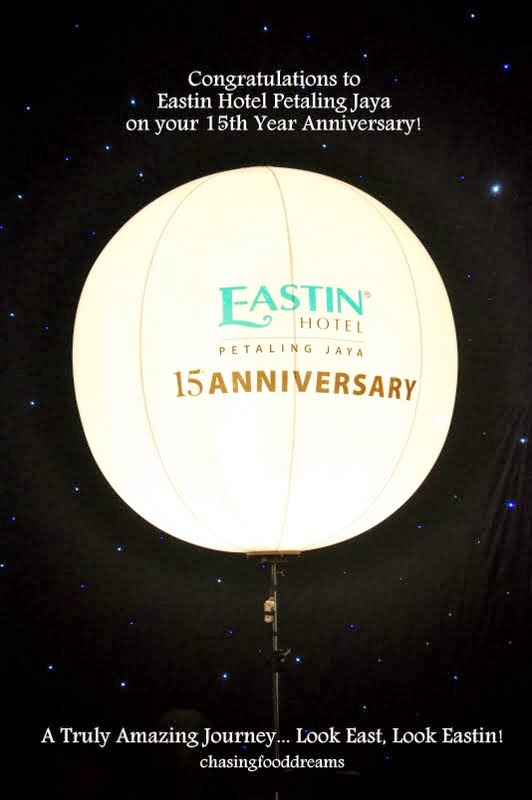 *Photos without watermark are courtesy of Eastin Hotel Petaling Jaya.