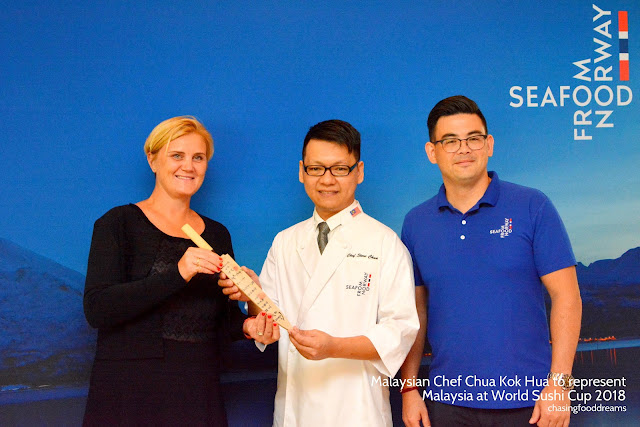 Sushi is practically a staple now in Malaysia. Malaysians love sushi so much, there always a sushi restaurant at many areas all over the country. It takes a lot to be a true-blue sushi chef. While there are many out there, only a small group with traditional sushi skills can earn the real title of a sushi chef!

At a recent luncheon hosted by The Norwegian Seafood Council, Norwegian Ambassador to Malaysia HE Gunn Jorid Roset announced that Chef Chua Kok Hua will be representing Malaysia at this year World Sushi Cup 2018. An annual event held in Tokyo, World Sushi Cup unites 40 of the top sushi chefs from around the world, vying for the top spot in a prestigious sushi-making competition.

Out of the many sushi chefs in Malaysia, Chef Chua emerged as the winner in the qualifying competition back in November 2017, to represent Malaysia in the World Sushi Cup. The qualifying competition was held in conjunction with the Global Sushi Academy training, a collaboration between Norwegian Seafood Council and World Sushi Skills Institute, the only officially recognised sushi body in Japan. 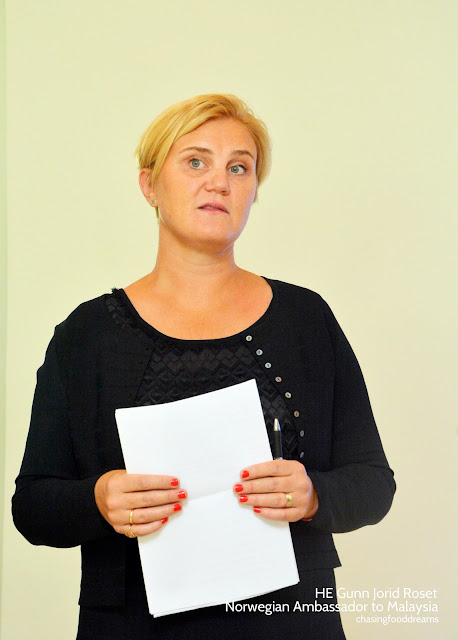 Norwegian Ambassador to Malaysia HE Gunn Jorid Roset kicked start the event with her speech.

This was followed by a presentation by Regional Director (Southeast Asia) of Norwegian Seafood Council Mr. Jon Erik Steenslid. He shared several videos on how seafood such as Salmon and Fjord Trout are cultivated in Norway and why it is very safe to consume seafood from Norway. 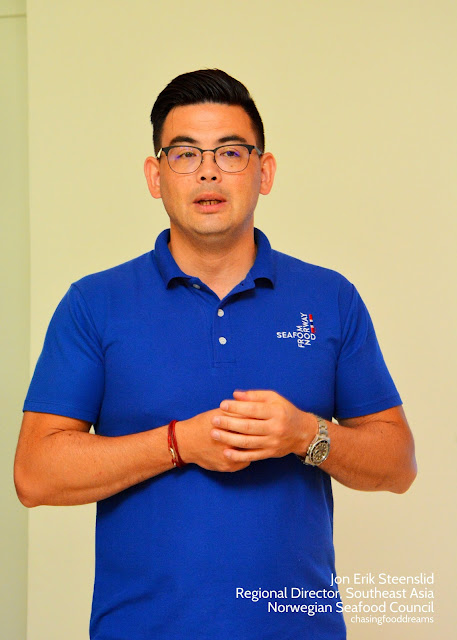 Proper handling of raw fish is also of paramount importance for trained sushi chefs in Japan. As most sushi chains in Malaysia uses salmon and trout from Norway, this educational programme for sushi chefs run by the Norwegian Seafood Council is timely and will help ensure food safety through hygienic handling of the fish.

For centuries, seafood has been both a basic source of food and an important trade for Norway, hence it is without a doubt that Norwegians are well-known for their unsurpassed knowledge and experience in every aspect of handling seafood from the sea. Not only do we see that Norwegian are highly skilled, the passion to brave the harsh cold weather in the country also affirms that Norwegian truly takes pride in producing some of the best seafood in the world.

Here's a video on how Norwegian Salmon is cultivated. Once you view the process, you will understand how much pride Norwegian takes on this whole process.

After the presentation, Chef Chua was presented with his official chef jacket as well as an exquisite sushi knife for the coming World Sushi Cup. 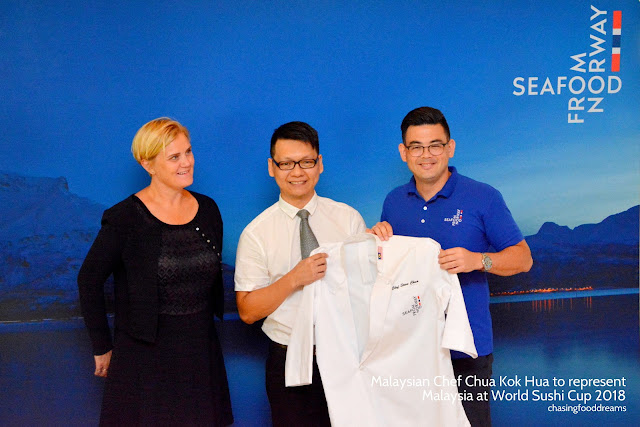 Having to work his way up in the culinary world since he was 16, Chef Chua started his journey in Singapore in a Chinese kitchen of a five-star hotel before he switched to Japanese cuisine. It was his childhood memories that drew him to Japanese cuisine which interest in working with fish as he grew up in a fishing village. He had to adapt to a whole different culture in terms of hygiene as Japanese cuisine requires special handling of raw food for consumption. 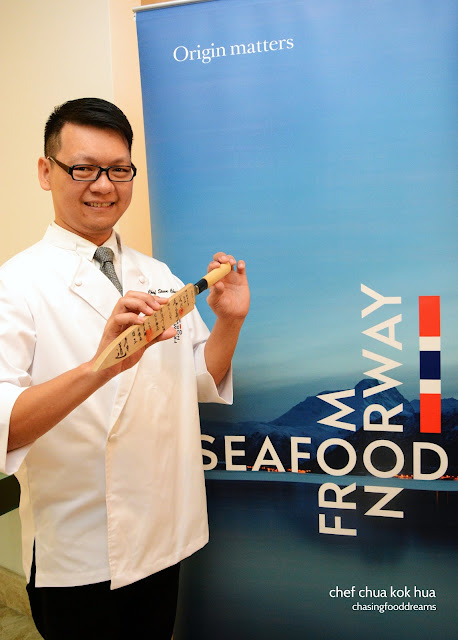 His culinary journey was no easy feat but with much discipline and perseverance, Chef Chua is now the owner of Two Chefs Lab, offering fusion Japanese cuisine and coffee culture, in Sungai Long along with a fellow chef. 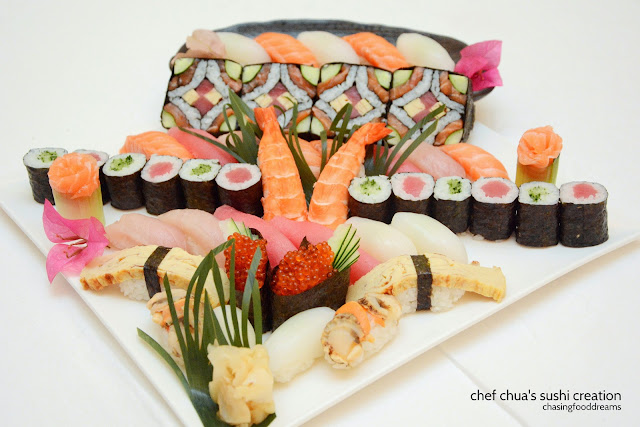 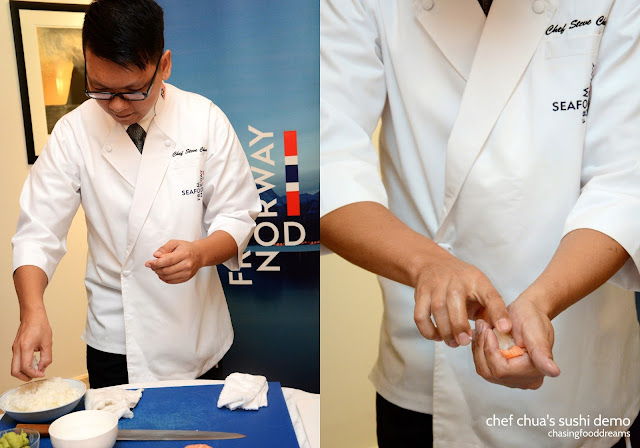 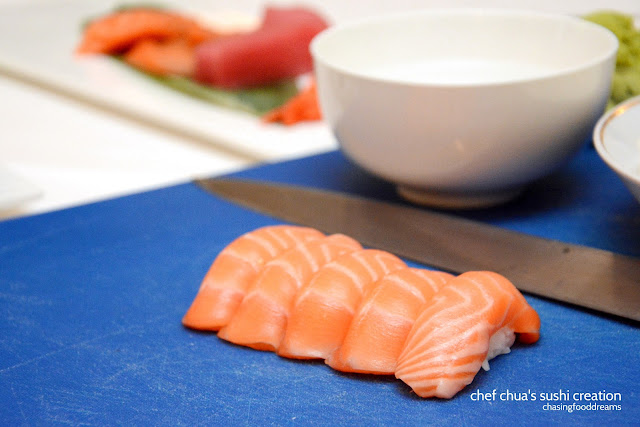 Chef Chua also proceeded to give a traditional Edomae sushi making demonstration. Perfectly formed salmon sushi along with his special and beautiful sushi platter was an enticing moment for everyone present that day. 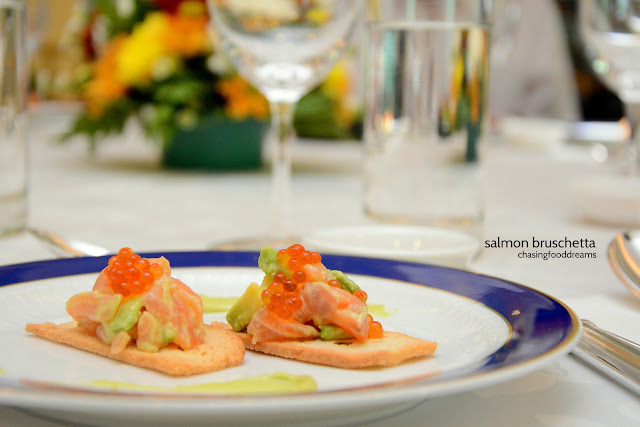 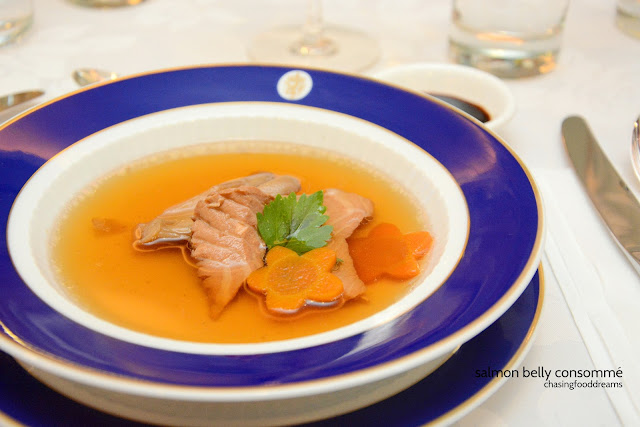 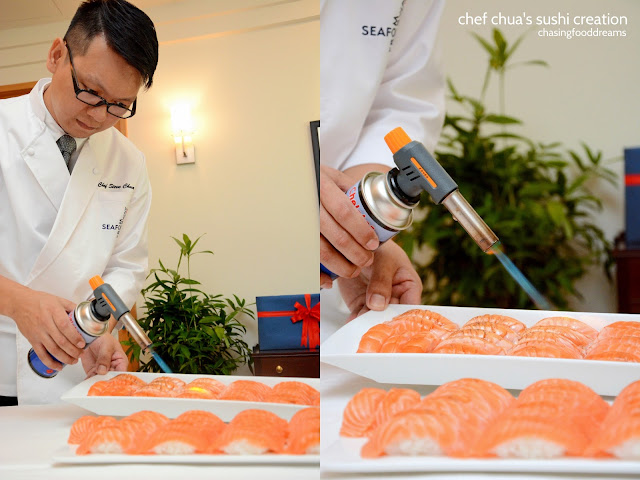 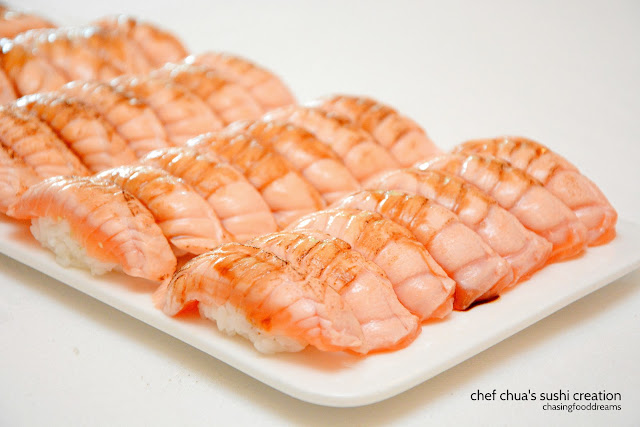 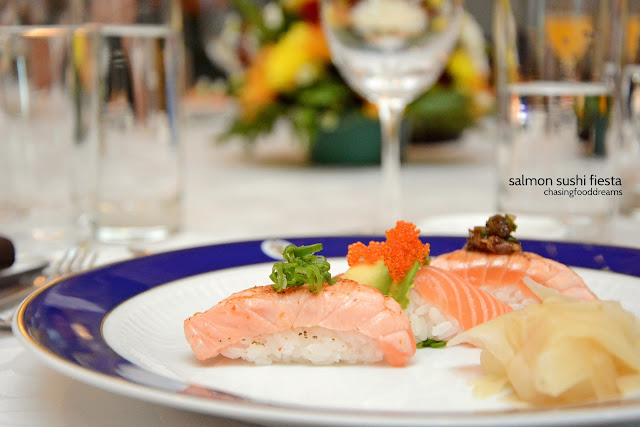 Needless to say, salmon was sublime in every bite. Prepared with minimal cooking and seasoning, the salmon tasted of oceanic freshness. 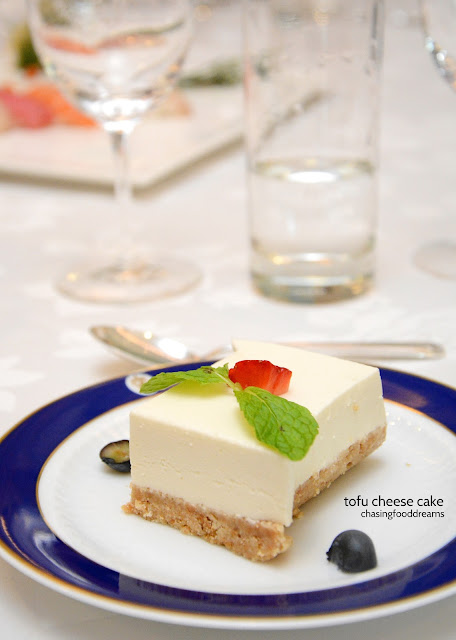 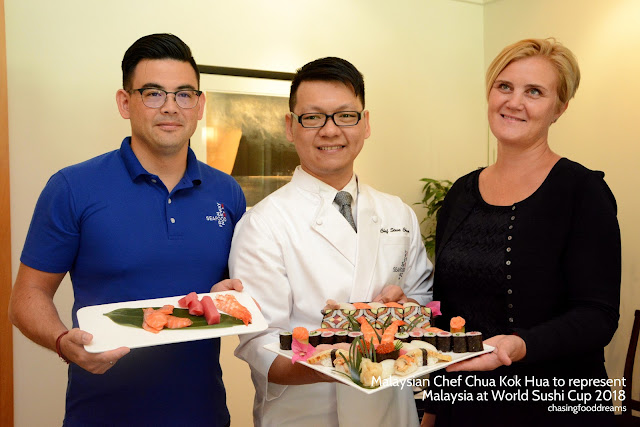